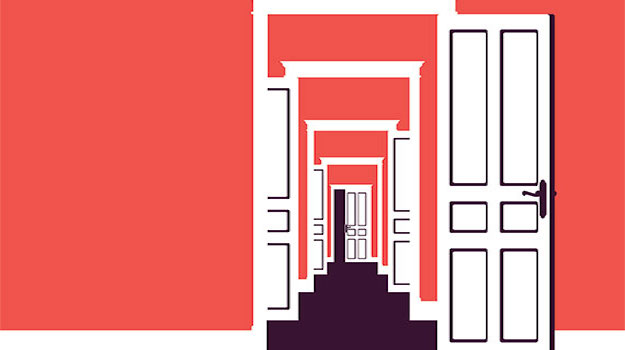 Business strategy is largely a logical, top-down, defined process based on known knowns and known unknowns in the pursuit of maximising opportunities and mitigating risks.

From the strategy follows the design of the organisation, and then job responsibilities and reporting lines. Finally, processes and policies that focus on quality, speed, customer requirements or other key strategic priorities are wrapped around.

So far so good in this simple Strategy 101. But what happens when a global crisis comes along that disrupts absolutely everything? Nothing is the same any more. It is not so much that the deck of cards has been thrown into the air, but more that the deck may turn out to be a very different set of cards if and when they eventually land.

Crises such as a global financial crash or pandemic represent a wake-up call of monumental proportions. They require organisations to radically rethink how they go about delivering their strategy and to question whether the current strategy is still even relevant. Keeping the organisational fingers crossed until things are ‘back to normal’ is only a short-term fix and may even prove fatal over the longer term. How, then, can organisations learn through crisis? How can they adapt as they go along, adopting best practices from the new requirements and crafting them into the new strategy and ways of working?

Step back and reconsider

If designing strategy and planning its execution is largely a left-brain process – one that demands analytical and methodical thinking – achieving long-term organisational resilience can benefit from a more emergent mindset of letting go in order to ask some fundamental questions such as why the organisation exists and what its purpose is. Gaining clarity here opens up space to consider an even more powerful question: what is the next normal for the organisation and its people?

During the process of letting go and recreating, past patterns of how colleagues work together across the organisation need to be challenged. Access to a reliable supply chain may have been cut off, or extreme financial cost controls or remote working introduced. To thrive rather than just survive through major disruption on this scale, it helps to reframe what is happening by looking through a lens that enables a revisioning of what might be possible in the future rather than what used to be practised in the past.

Forced to close, restaurants and cafes asked themselves: why do we exist and what are we here to do? This mindset allowed them to let go of their traditional channel to market (having customers on their premises) and offer instead a limited range of food and drink from their doorstep or by delivery. Even fine-dining became possible: customers are offered a part-cooked meal plus the remaining ingredients accompanied by a link to a video on how to create the final dish at home. How might this product extension be built into the next normal to exploit fixed assets or limited dining capacity?

The forced closure of offices is another useful illustration of how to get back to basics – an opportunity to ask colleagues what they really want and need from each other to do their best job. How could the benefits of this be baked into the next phase of working life?

It has been said that at one point during the 2020 pandemic, more than 60% of the US working population was working from home. Previously, ‘WFH’ was in some organisations reluctantly permitted only to some groups of employees such as parents (mainly women) struggling to juggle work and childcare, or to hard-working employees ‘enjoying’ the slower pace of a WFH Friday. In these organisations, remote working had often carried negative connotations that sometimes affected team dynamics and trust.

But with offices shut almost overnight, WFH became the new normal for everyone from the CEO to the office co-ordinator. While it is a challenge for those who have to balance a laptop on their knees in a cramped studio apartment, there are many advantages. In fact, once the novelty and then the intensity of working in this new way stabilised, many appreciated the freedom it offers, the additional time to think, and the new and real connections that people gain with colleagues.

In other words, technology was not viewed through the old lens, as an excuse to avoid visibility or accountability for delivering tasks. Instead, teams welcomed dogs, cats and children into online meetings and found new ways of doing things to create deeper personal connections and meaning. The idea that it takes 21 days to form a new habit seems to have held true.

According to surveys and anecdotes, what has emerged from letting go of old ways of office-bound working is a set of principles about what people really need in their working lives from their organisation, their team and their manager: connection, communication, care and community. Resilient organisations stop to notice moments like this and then build what they have learnt into new ways of working.

In most organisations, working at home for all is not a long-term solution. But if remote working is reframed into ‘distributed teams’, it becomes possible to create the next normal. That restructuring could, for example, include keeping connection and community at the heart of treating all working locations on an equal basis whether that’s the home, the office or even a local hub office closer to home.

Strategic disruption by itself need not be the challenge. But a mindset that doesn’t allow space to ask fundamental questions and re-imagine the next normal may block off organisational resilience and future success.

Alison Young is a director of Leaders in Change. @Leader_Insights