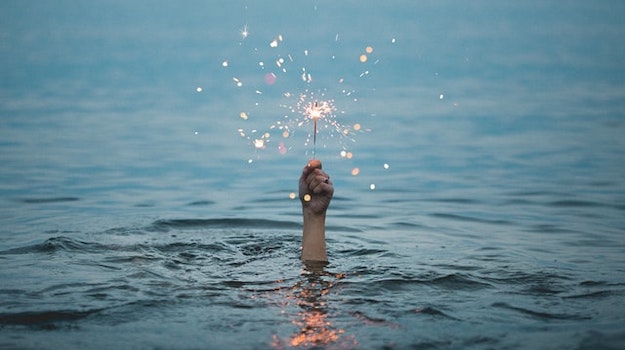 When Andy Salkeld set out to write a book about his experience of working in the finance profession, he didn’t want to merely add to the ever-growing list of self-help books that tell you how to think.

‘I wouldn’t read that, but what I would read is the story of someone who’d lived it,’ he says, which is what you get in his book Life is a Four-letter Word: A Mental Health Survival Guide for Professionals.

Salkeld is a chartered accountant with a successful and varied career – he’s worked for PwC in corporate finance, he’s been a business intelligence specialist, finance director, investor and co-owner of multiple companies, and now an author.

But a few years ago a text from a friend saved his life.

His book explores how it feels to live with a depression so severe that he nearly committed suicide. It shows that however ‘successful’ someone’s life might look, anyone can be affected by mental health issues.

And as a professional with an accounting background, someone who has studied the qualifications, maintained CPD and membership to professional bodies, who has worked in practice and made the leap to industry and then to entrepreneurialism, who better to share hard won and valuable insights with ACCA students and young professionals?

Senior professionals are not gods

For many starting out on a professional career, the lofty heights of senior managers and board level executives appear a distant and rarefied paradise.

‘But one thing that really changed the way I approach business and people in general is I realised that the partners, the people at the top, who we viewed almost as gods among men, they’re just people,’ says Salkeld.

‘We all have the same fears, insecurities and uncertainties… they’ve just got 30 years on you. But they seem to have embodied who they are and are comfortable in that position. And when you’re young and you’re uncertain in yourself, you can start giving up bits of yourself to fit the mould.’

When someone says ‘accountant’, what image does this conjure?

‘A suit, shirt and tie, prim and proper, with neatly groomed facial hair,’ says Salkeld. It’s a very traditional kind of young business attire, but it’s probably not who you are deep down. Don’t be afraid to bring who you are and where you’re from to work.

If you start hiding parts of your personality, you can begin to lose yourself. For example, Salkeld is a massive fan of pop punk and metal music, but Monday morning water-cooler chat about gigs and mosh pits is not the sort of conversation that happens in professional scenarios with bosses, clients or even peers sometimes.

Salkeld is also a creative person, but unfortunately the words creative and accountant have a bad history together, ever since creative accounting was at the core of the WorldCom and Enron scandals.

‘So you don’t really talk about creativity,’ he says. ‘I come from corporate finance, which involves deals, mergers and acquisitions, and you’re taught as part of negotiation training not to be emotional, you want as little leakage of information and emotion from you and your body as possible, so that you can have a clean impartial negotiation. You learn to put on this emotionless armour, but the risk is that when you do it so often it becomes baseline and it’s easier to keep the armour on than take it off.

‘Now gigs just make you anxious. You used to really enjoy playing video games, but you can’t do it because you can’t share it with anyone at work because you’re in direct competition with them. And you can start falling out of love with your personality and yourself. You need to accept who you really are and who you want to be deep down.’

In investment appraisal we teach how making a decision and an investment now can pay off in the future, he continues.

‘But too often everything we do is about delayed gratification – we say we’ll be happy when we get the promotion, when you make it to partner, when a project finishes, when a deal completes, even as simple as waiting for the weekend. All we’re doing by delaying happiness is adding risk into the equation, but we would never suggest to our clients – “let’s add some risk because it’d be better if you wait”. We just wouldn’t do it, but we do it to ourselves all the time.

Andy Salkeld’s book is a guide to navigating mental health challenges found in the workplace – from your first job through to the top job. From calling out office bullies and presenteeism, to highlighting toxic work cultures and poor leadership, Salkeld aims to help employees and employers alike create inclusive, healthy workplaces, where employees thrive.

If you’d like to read the book, Life is a Four-Letter Word: A Mental Health Survival Guide for Professionals is published by Practical Inspiration Publishing and available in paperback and ebook from Amazon.

This article was first published in Student Accountant in July 2020