Why it pays to be a NED 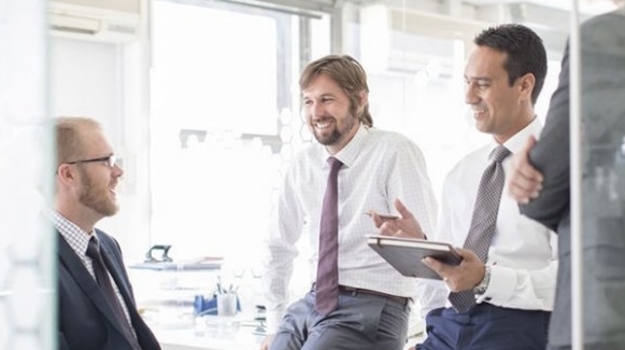 Becoming a non-executive director (NED) is a very attractive prospect for many finance professionals. From a career perspective, it is a great way for them to gain new skills, learn from other businesses, expand their network and better understand different industries and sectors.

What is an NED?

NEDs - or 'trustees' within not-for-profit organisations - play a very important role on corporate and charity boards. It is their job to both complement and challenge the management team by providing an independent view of the issues that the organisation faces. They are also expected to protect the interests of shareholders, in the case of companies - and stakeholders - in the case of charities.

While a company's NEDs are not responsible for the day-to-day running of the organisation, their legal duties, responsibilities and liabilities are just the same as the executives who are. Executive directors and NEDs both have a fiduciary duty to the company and must act in its best interests. Significantly, both sets of directors can also be held jointly and severally liable for the company’s misdemeanours.

NEDs should have three key skills, according to Sandra Green, an executive coach who runs Handbags in the Boardroom and founded the Women Leaders Association. Addressing the 'Why it pays to be a NED' event, which took place at The Ritz Hotel in London in March 2017, Green identified these skills as understanding the perspectives of others, being able to hold 'dynamic conversations' and an aptitude for building positive relationships.

'We get caught up in our own world,' she said. 'But we have to be able to look through the eyes of everybody else in the room. And as an NED, we have to be brave and step in and challenge the status quo.'

She added that when it comes to forming relationships, directors need to think about how they come across to others - are they 'engaging' or are they simply 'transmitting'?

Would-be NEDs need to work hard on their mindset, Green observed, especially if they suffer from 'imposter syndrome' - the feeling that they are not good enough and could be caught out. 'When this goes on in our heads, it stops us going forwards,' she explained. 'If you step into a room and you’re not feeling in the best place, it will come across.'

Green's top piece of advice for individuals who want to improve their mindset was to verbally repeat the following phrase and also leave it on post-it notes in prominent positions: 'I am enough'.

A world of opportunity

Most employers are comfortable with the idea of their finance leaders taking on non-executive roles because they see it as personal development and an opportunity for key personnel to expand their skill-sets. 'If you're an NED, you’re getting CPD every day,' he said.

Different organisations pay their NEDs in different ways - and not-for-profit organisations don't usually pay their trustees at all. So Bailey tends to balance charity roles with roles that are paid or come with a share award. He found that once he had landed one job as an NED, numerous other NED roles were then offered to him. But he warned would-be NEDs to think carefully about what they take on to avoid overloading themselves. 'Learn to say "no",' he advised.

Speaking about Norway's experience of introducing gender quota legislation, Turid Elizabeth Solvang, the founder and CEO of consultancy Future Boards, said that the European Union was making progress with increasing the number of women on boards but there are still considerable disparities between countries.

According to research by European Women on Boards, published in April 2016, the presence of women on boards had increased from an average of 13.9% in 2011 to 25% in 2015 (source: Realizing Europe’s Potential: Progress and Challenges [EWoB, 2017]).

In Norway, where around 40% of board directors are female, Solvang said that quotas had led to companies searching out a broader range of suitable candidates. They had also led to board member recruitment and board work in general becoming more professional.

Despite fears that female directors would be seen as a 'lower class' of director, Solvang said there was no indication that Norwegian boards had been 'split into A and B teams'.

ACCA recognises that individuals who want to take on NED roles need support, which is why it has created a guidance series for would-be NEDs.

Jo Iwasaki, head of corporate governance at ACCA, noted that it could difficult for individuals to secure that first, all-important NED position. 'At the same time we very often hear about boards wanting to increase diversity and bring in different people,' she explained. 'ACCA wants to help the right people and the right organisations to find each other.'

The guidance incorporates advice on technical qualifications, ethical requirements, mindset and the responsibilities of the audit committee. 'An NED needs to be a generalist but with specific expertise,' she said. 'This is so that they can contribute to a wide variety of subjects while bringing certain strengths to specific debates.'