When is it the right time to start exploring an NED role in my career? Part 1 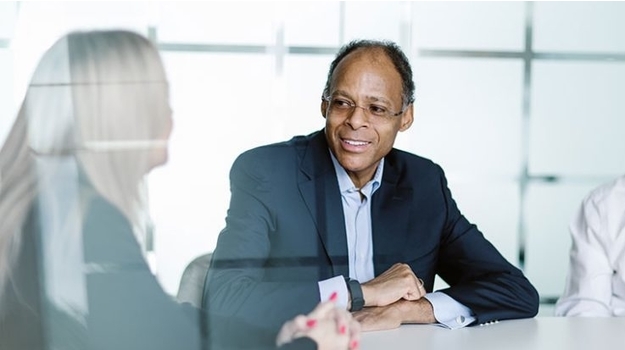 We have spoken to two ACCA accountants who shared their points of view, from their own experiences, on the right time to embark on the NED journey. In this series of two articles, we explore the reasons and factors to be considered when deciding on the right time.

At what stage in your career did you decide it was the right time to become an NED?

An NED career should start once you finish your full-time executive role. I never considered any NED opportunities before, until I had come to retirement. Honestly, if you have a senior role you are unlikely to have sufficient time for any non-executive directorships, particularly in the for-profit sector.

Apart from the work I undertook for the International Federation of Accountants (IFAC), in the last year of my full time job at Unilever, I had not contemplated any NED positions. During my experience at Unilever, having attended many board and audit committee meetings, it was very clear to me the commitment required and demands made on NEDs were quite extensive, if they were to do their jobs properly.

If you have a senior full-time role, you will not have much time to perform an NED role effectively, particularly in the for-profit sector: it is almost impossible – we’re not super-humans, at least I’m not.

What was your strategy towards acquiring your first NED role and how long did it take for you to obtain your first appointment?

The NED world is a tight-knit community and from my experience and what I was told, 'you don’t find an NED role, an NED opportunity comes looking for you'. In my situation, I had just retired and was approached by the chairman of the board of a listed company, who had previously known about me and had decided that he wanted someone with more international experience on his board and I had that experience. NED positions are not usually advertised; those that are usually public positions, and advertisers often already have their candidates’ list.

If you're going to pursue that route later in your career, then it is advisable to get yourself known by search firms so you are on their radar when you start actively pursuing an NED role. Boards tend to search for suitable candidates through direct approaches or through relevant networks, and may find you through previous managers and colleagues. The process is very different from that of executive positions.

Acquiring an NED role can take a long time and it can be frustrating for some people, but this does not mean you should start searching earlier simply because it is a lengthy process. You need to be ready for the role before you start looking for it.

For NED roles, companies look for particular combinations of skills and experiences on the board. For example, if you’re applying for a CFO role in a company and you are currently a CFO, the job content is generally the same whether the company is large, medium or small. When pursuing an NED role, the skills and experience needed will depend on the company, the industry, the size of the board, the skill set and whether you fill the gap in the boardroom. You might be a brilliant candidate, but you will not be offered the opportunity if the organisation already has someone with your skill set on its board. The right candidate is often a matter of fit, and the qualities you offer may not be right at the point when you are being considered. If your attempt is unsuccessful, it does not necessarily reflect badly on you, and it’s important to understand that.

What is your advice on factors to consider when making this decision, for example, the investment of time and effort needed for attracting NED opportunities?

The time you have to commit to an NED role is critical. My view is that you should consider starting your NED career as late as possible, because of the challenge of carrying out the NED role properly and efficiently while continuing with a full-time position.  I know there will be different views, but from my experience the NED role is an important one, which requires dedication, and many people are not aware of its demands, particularly if it’s the first one. If your NED role is international you need to devote more time than if it is domestic.

My role with IFAC involves board meetings that mostly two days long, but the preparation for them takes two to three times the length of the meeting. A lack of adequate preparation could lead to personal and corporate failure.

To be a successful NED, it is also very important that you understand the board dynamics and you almost certainly need to have had experience of being on a board as an executive to understand this. I know not everyone would agree, but by being on a board as an executive, you observe how NEDs interact with executives while working in a familiar  setting, in the industry that you know well on a day-to-day basis. Not having this experience before becoming an NED may pose a risk. I am not saying you cannot be successful, but in today’s world the demand and expectations on NEDs is different to what it was 10 years ago, and are likely to be even more so in the future.

Be very careful about departing too far from your core knowledge and experience when you go looking for your NED break. If you don’t understand the industry and there is no time to grasp it fully, then you are unlikely to perform well. If the knowledge you have is close enough to what the role requires then it can be an great fit.

For instance, I took on an NED position in the retail sector because of my in-depth experience in consumer goods, so this was a natural move. On the other hand, I would never consider roles in the engineering or extractive sectors because I would not understand the industry and the associated risks. As an NED, there is no time to grasp the issues or ask insightful questions to help you learn about the company during board meetings and presentations. Therefore, prior experience and knowledge in that industry is essential.

You should fully understand your legal responsibilities. Some people think the title ‘non-executive’ means that you have no legal liability, but that is not true. In most jurisdictions, there is no difference between the responsibility of an executive and a non-executive board member.

You might argue you only know as much as you are told, because you are critically dependent of the executives on the board. In many jurisdictions, however, the board is treated legally as a single entity and you are all jointly and individually liable. Therefore to say that you did not know about wrongdoing may not be sufficient defence.

This emphasises the time commitment is critical to executing the NED role properly. Flying in and out of countries four times a year, spending hours attending a board meeting, reading the papers before the meeting and then doing it again in another three months is not enough to discharge your legal duties. So, in between board meetings, you should try to visit the CEO and management, to gain a better understanding of the company.

Some companies will have an induction programme for NEDs who join the board and I think that perhaps these should be done before the candidate is formally offered the position.

It is vital to know about the company and its industry because you take a huge personal risk if things do go wrong, which would outweigh the rewards you could ever receive as compensation. You need to think carefully about that and consider the corporate failures that have occurred, where it was clear that, in most cases, the board did not understand the industry or the environment.

Is there anything that aspiring NEDs typically get wrong when deciding when to become an NED and seeking out NED opportunities? Do you have any NED career wisdom to share?

Aspiring NEDs should consider their approach when using search firms. You should try to build a network in a chosen number of sectors, for example NED roles in the finance industry or a role on an audit committee. You should be clear about when you will be available. Putting yourself forward too early can be a reputational risk for both the search firm and yourself.

It is also important to ask yourself ‘what do I bring to the company as an NED and what do I get out of it’? You should be careful that it is not about dressing up your CV. Some people are ‘serial collectors of NED roles’.  Six NED roles are not necessarily better than two or even one. I would argue that if you have six, it would become a serious challenge to perform them all properly because you simply won’t have the time.

In some countries, legislation dictates how many NED roles a person can have and I agree that this is absolutely the right approach to take, especially in the for-profit sector.  The not-for-profit sector may equally be demanding because the remit of an NED is not neatly defined. If you are good there are likely to be demands on you to do even more, and quite often you may not be remunerated. This again underlines the previous point made about the importance of assessing your time commitment.

I joined the board of a listed company in Portugal as an NED, after initially being invited to participate in a couple of the board’s meetings. This was beneficial because it, first, enabled me to decide whether I wanted the role and, secondly, it allowed the rest of the board to consider whether I was a good ‘fit’. A process like this could contribute to preparing NEDs to be successful in their roles, and is something that I would recommend to regulators and policy-makers as advice for good governance practice for NED appointments.