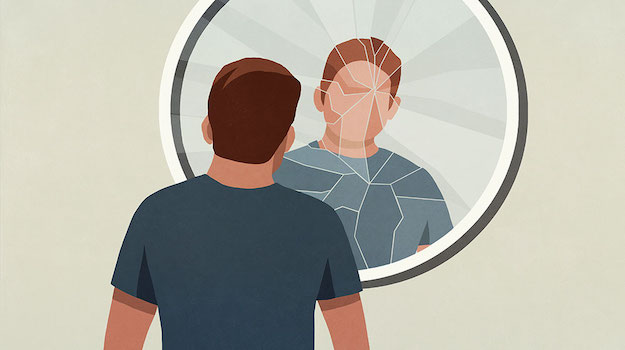 Being asked to confess your weaknesses when you’re trying to impress the interviewer talking about your strengths can throw you off balance.

Worse still, the question can actually derail you completely unless you pick just the ‘right’ flaw and give it a positive spin.

Why you should admit you aren’t flawless

‘When interviewers ask about your weaknesses, they’re really trying to gauge how self-aware you are and how committed you are to self-improvement,’ says Amanda Augustine, careers expert at TopCV. Admitting to a flaw or two shows them that you recognise you need to strengthen your skills or adjust your behaviour.

Pretending to be perfect is not a good idea.

‘Employers know that everyone has weaknesses, so if you profess to have none you will be seen as very self-unaware or disingenuous,’ says accountancy commentator and executive coach Heather Townsend.

Augustine adds that you could also come across as arrogant. ‘Employers consider arrogance to be one of the greatest turn-offs when evaluating a candidate, so it’s very likely you won’t get the job.’

Nevertheless, there are some weaknesses you should definitely keep to yourself.

Townsend says you mustn’t mention anything ‘non-negotiable’ that could seriously hinder your ability to do the job.

‘For example, if the job description says the person needs to pay careful attention to detail (which is a very common requirement for roles in finance), admitting to struggling with detail will definitely count against you.’

Although it may seem obvious, it’s worth pointing out that talking about a weakness for numbers would also prevent you from getting a job in finance, says James Brent, director at Hays Accountancy & Finance.

Don’t be tempted to try and disguise a positive trait as a weakness (I work too hard or I’m a perfectionist) – the interviewers won’t buy it and you’ll come across as conceited.

Also, don’t say I can’t speak German if it’s not a key requirement of the role.

‘The best weaknesses to admit to are your real weaknesses, but only those that anyone in your position is likely to have,’ says Townsend.

You need to be honest but also think strategically. So, if you are new to employment, commercial acumen may not be your forte and you may lack leadership skills – that’s to be expected.

‘It might also be a good idea to pick a soft skill that doesn’t come naturally to you,’ says Brent. ‘While soft skills are highly valued by employers, most of them can be developed on the job.’ Like good time management, for example.

Some personality traits are a safe bet too, especially if they can be changed with a little effort.

Townsend says: ‘It’s common (and almost expected) for people in finance to be quiet and introverted.’

How to frame your response

This is actually more important than the weakness itself.

‘What really matters is telling the interviewer what steps you’ve taken (or will take) to overcome the limitation or problem, and what progress you’ve made to date,’ says Brent. ‘You’ll come across as someone who’s proactive and who takes their self-development seriously.’

Here are some potentially weak areas and example responses:

I am aware I’ve a lot to learn to increase my commercial acumen. To help me with this, I’d love the opportunity in this role to sit in some of the meetings with the key stakeholders in the business to really understand how the business makes money, what the key KPIs are and how these figures impact the bottom line. I am also in my own time reading books on entrepreneurship. (Heather Townsend)

When the world first switched to a virtual work environment, I struggled with time management. However, over the past few months, I’ve tested different methods to help me not only estimate the time it will take me to complete a task but to also hold myself accountable to that timeframe. I’ve also made improvements to my home office that minimise distractions so I can focus on the work at hand. (Amanda Augustine)

In situations when I need to be in charge, I sometimes struggle to convey my authority. However, over the last year or so, I’ve taken on some smaller projects to build my confidence leading a group and now feel ready to lead some bigger projects and continue improving my leadership skills. (James Brent)

I’ve previously received feedback that I am very quiet and need to come out of my shell a bit more. Although I’ve grown to realise this isn’t a weakness, just who I am, I’ve started to speak up more in meetings. Now when I do speak up, people really listen to me because they know I don’t just say something to get air time, that when I do say something it’s really well thought out and useful to the discussion. (Heather Townsend)

In the past, I could get so engrossed in a project that I neglected to communicate with my teammates as regularly as I should have. When we were all working in an office, this wasn’t as much of an issue – anyone could walk up to my desk if they needed to chat with me. But this weakness became magnified when I started working from home more. To combat this, I’ve started blocking off in my diary certain chunks of time that are dedicated to responding to emails and sending status reports to my line manager and key members of my team, so everyone is kept in the loop. (Amanda Augustine)

Augustine also points out that the delivery of your response is just as important as the response itself: ‘Be mindful of your tone of voice, your posture and your eye contact with the interviewer, even through a computer screen. Your goal is to come across as honest and authentic, and to share all this information confidently.’

This article was first published in Student Accountant in February 2021