Top tips from an entrepreneur 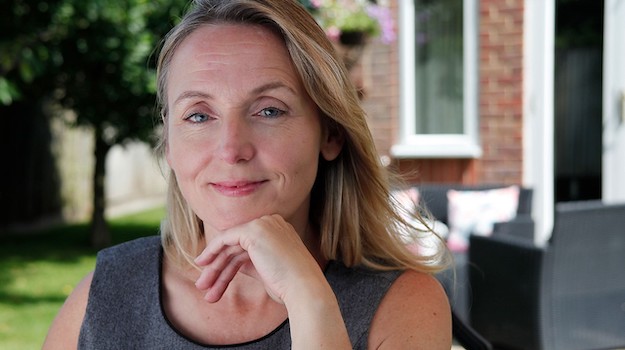 According to a survey by thinktank GlobalFuture, around a third of UK adults have thought about changing their career during lockdown. Karen Westbrook FCCA had already put that intention into action, starting a brand-new company, Low & No Drinks, in January 2020.

‘Granted, it was probably the worst time to start a business,’ she says, ‘but it mattered hugely that I had thought very carefully about it. It wasn’t impulsive.’

Westbrook’s story is somewhat unusual. Low & No Drinks offers drinkers different options – ‘reduced alcohol, low calorie, gluten-free, that kind of thing', she says. ‘But unlike a lot of entrepreneurs, I wasn’t building a business based on a passion or a hobby of mine. Certainly, we could all drink less! It was more that I wanted to create and run a viable company that added something to the UK economy. That’s why we work mainly with small independent brewers, rather than buying big-name beverages in bulk from Europe.’

For Westbrook, it was the business itself that was the challenge – but it was one for which she felt prepared. ‘I started my accounting journey at university,' she says. 'I knew I had a head for numbers pretty early on. I went into audit next, but it wasn’t for me. I wanted to be doing the job, not checking the job.’

She moved to Texas Instruments on the software side, and then in 1997 joined Dun & Bradstreet as an analyst, where she stayed for the next 22 years, across nine roles, finally moving into a global strategy role. But in 2018 she decided her time was up: ‘The company had been bought out, things were changing, and it was time to try something new.’

Once Westbrook left, she took some time to clear her head. ‘I wanted to work out what I was really good at – where my strengths lie, and my weaknesses, too.’ She says this period was critical to making the right decision. ‘I had some money ringfenced for a new business, but I looked at it through a very clinical lens,’ she explains.

Look before you leap

The more we talk, the more it emerges that lifelong learning is Westbrook’s real passion. ‘I’m a voracious reader, and ACCA’s materials have always been a go-to for me,’ she says. ‘Yes, they keep you up to date on the technical side, but there’s also all the emotional intelligence and soft-skills side they cover, too.

‘Applying the two together helped me narrow down on Low & No Drinks as a business idea: I was confident in selecting the industry, and working out what I needed to do on the technical side. But I was also confident about what kind of experience I wanted my customers to have, and the kind of working life I wanted to have.’

Westbrook says that she’d encourage accountants thinking of starting their own business to read ACCA materials. ‘It’s not a plug,’ she jokes. ‘Read the articles and opinions, sit there and consider what you think, what you’d say, where you agree and don’t agree.

'Reading articles about the emotional side of business really gave me in the right mindset for negotiating with suppliers. I’m usually talking with owners of small businesses, and starting discussions with compassion and integrity sets the right foundations for a long-term relationship.’

Top tips for striking out

Her remaining advice for accountants looking to strike out on their own is simple. ‘You have to create a good business plan that’s based on a firm understanding of your skills, so you know where you need to buy in advice,' she says. 'And you need to think carefully about what brings you to your desk each day.’

For Westbrook, analysing her skills alongside writing the business plan helped her to understand that while she could self-teach on a surprisingly wide range of topics (‘I know more about cardboard packaging now than I thought possible!’), she was also able to identify where she needed help.

‘The technology side was always going to be a problem,' she admits. 'I wanted the customer journey to be seamless, so we worked hard with another company to get the payments side right, the website right.’

On what brings her to her desk, Westbrook is clear. ‘I love interacting with customers. At first when I left a big, global business, I was worried about where that people side would come from. And it was lonely at times. But I soon worked out that if I really dug into the customer service element of things, I’d have a good time. You have to consider what you’re going to do with the shift in energy when you start out alone.’

'Ultimately, it’s hard, really hard, to go it alone,' says Westbrook. 'But I’ve set clear and realistic targets to assess progress and remove emotion from a two-year anniversary go/no-go decision. Many new businesses don’t survive, but failure in my eyes would have been not trying in the first place. Keep learning, keep adjusting and I believe it will succeed.’