The unassailable rise of Netflix and the streamers 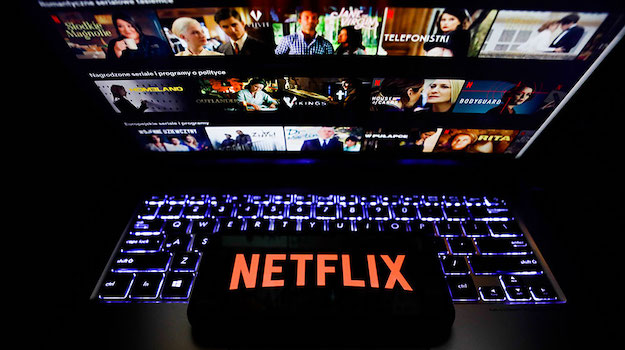 In the first half of 2020, Netflix added more than 26 million global subscribers – beating both Wall Street estimates and its own internal forecasts.

People have turned to at-home entertainment for comfort, stimulation and connection. The longer Covid social restrictions have been in place, the greater demand for streaming services online.

According to Ofcom, the communications regulator, adults in the UK have spent 40% of their waking hours in front of a screen over lockdown. Adobe’s 2020 Streaming Video Report found 60% of Americans subscribe for at least one streaming service.

Among all these services, Netflix is the market leader, boasting 200 million subscribers worldwide, 73 million in America alone, outperforming its competitors significantly.

During the pandemic, Netflix has consistently offered fresh content, enabling it to maintain its top position.

The California-headquartered company told shareholders in April that its large viewing library with thousands of titles, strong recommendations and member satisfaction meant Netflix could be less vulnerable to a shortage of new content caused by filming and production restrictions during Covid.

Despite the disruption Netflix has completed 50 projects since the pandemic started, and expects to release more programmes in 2021 than this year.

Its advantages don’t end there – Netflix is available in over 190 countries, using big data analytics to track the interaction of every customer and produce more original content. It also uses cloud storage in its acquisitions and in creating content. Its ease-of-use and reliability has helped it become the best-in-class streaming platform. It is even experimenting with a linear TV content channel in France with real-time scheduled programming at the time it airs.

Netflix is also trying to maintain its strong position in the streaming market by creating blockbuster franchises like Star Wars. In July 2020, Netflix invested $200 million for a new action thriller, involving A-list performers like Ryan Gosling and the directors of Avengers: Endgame – the highest-grossing film of all time.

It hasn’t had it all its own way, however. The rapid growth in subscribers worldwide, and backlash against its negligible tax contributions, has prompted Netflix to ensure its corporate structure better reflects its expanding operations. The Tax Watch thinktank estimates Netflix moved more than $330m in profits in 2018 from international operations outside the US to low-tax jurisdictions.

Despite remarkable growth overall, the company still recorded its weakest Q3 last year since 2015, renewing doubts about its ability to maintain growth as pandemic lockdowns recede. Viewers in Europe and Asia are reducing their screen-time binges, while professional sports have returned to screens in the US. Slower growth is also expected to continue in future quarters.

During the pandemic, Netflix’s competitors have also grown impressively – leveraging their appealing original programming and back catalogue of films. Both Hulu and Amazon Prime Video have grown their users by more than Netflix in this period (in relative terms), while Disney+ reached its original five-year 60–90 million subscriber target in just eight months.

The Walt Disney Company is almost 100 years old and has made a similar calculation that its TV future needs to re-engineer itself around streaming. The fate of its ageing TV channels, movie studios and still loss-making subsidiary streaming platforms Disney+ and Hulu is coming into question.

In a nutshell, Disney’s empire is trying to maintain its expensive push towards online streaming, while its profitable legacy businesses, like sports channel ESPN, National Geographic and ABC, slow pedal into decline.

Warner Bros’ unprecedented decision this month to release its entire 2021 slate of movies simultaneously in cinemas and on its streaming platform HBO Max has been described as ‘shattering’ Hollywood’s traditional business strategy.

The streamers face many changes on the horizon. Commercial break-free Netflix will partner with advertisers to capitalise on its ever-growing number of subscribers, and will also increase the price of its standard and premium subscription plans to enhance revenue in a more competitive US market. It will also produce more original content, given its two top originals – Black Mirror and Stranger Things – have worked as a subscriber magnet.

Netflix will face stronger competition in the streaming market and its meteoric subscriber growth will continue to mature before stagnating. However, as the pioneer of streaming services and the master of technology and innovation, Netflix is well-placed to maintain its leading global position once Covid-19 subsides.

This article was first published in Student Accountant in January 2021