Published: 06 May 2021 By Accounting & Business magazine 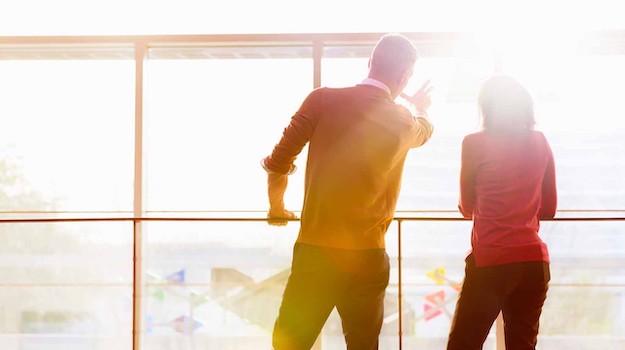 What self-development goals are you pursuing at the moment? Perhaps you are trying to network more, study for a qualification, read more business books or learn a new language. Whatever your goals, psychological science suggests that certain tactics may increase your chances of success.

One such method is known as the copy-paste prompt. In recent experiments, researchers led by Katie Mehr at the University of Pennylvania encouraged people to seek out and mimic a successful strategy used by an acquaintance. In one study, participants who wanted to do more physical exercise were asked to spend 48 hours actively ‘paying attention to how people you know get themselves to work out. If you want, you can ask them directly for their motivational tips and strategies.’ A control group of participants was simply told (ie they passively received) a motivational tip or strategy.

The researchers found that those who actively sought to copy-paste an exercise strategy eventually did 18.7% more exercise than those who had passively received a similar tip. The copy-paste prompt took seconds to understand and generated measurable results, so consider identifying and adopting others’ motivational strategies as a way of achieving your own professional or personal goals.

Another long established motivator is to commit to firm deadlines. Imagine you have a project that a client has given you six months to complete. Would you try to work as hard as you can and hope to make the ultimate deadline? Or would you break the work into perhaps several chunks and promise the client you will hit a series of additional, intermediate deadlines? Essentially, studies show that people who set extra self-imposed deadlines typically achieve better results than those who don’t.

At first, committing to additional deadlines may not seem to make sense – after all, it creates more opportunities to let others down. But studies show that it actually motivates greater achievement in the end. From their experiments, Dan Ariely at MIT and Klaus Wertenbroch of Insead concluded that ‘self-imposing costly deadlines can be strategic and reasonable’, as committing to additional deadlines may help people to overcome their natural tendency to procrastinate.

In order to achieve goals, many people believe it is important to possess and exert willpower or self-discipline. However, recent studies by Marina Milyavskaya and Michael Inzlicht using sophisticated Bayesian analyses found that willpower is an almost inconsequential determinant of success for most people. Instead, ‘people who generally experienced more temptations were less likely to succeed across all their goals’. People who were exposed to more temptation also felt more depleted, drained and fatigued.

Research shows that being able to avoid temptations in the first place is a significantly more effective strategy than trying to resist them. If your goal is, say, to read more business books and spend less time procrastinating on Instagram, don’t just rely on self-control – delete Instagram entirely so you cannot be tempted by it. If your goal is to lose weight, don’t buy chocolates and hope to have only the occasional one – throw them all out instead. Don’t believe the myth that your willpower will be enough.

Some gurus advise that sharing your goals with others may make you more accountable and spur you to greater achievement. Unfortunately, research suggests that the opposite may be true. A team led by New York University’s Peter Gollwitzer found that people who shared their personal goals with others were generally less successful at achieving them.

However, there may be an exception to the rule. More recent investigations led by Howard Klein at Ohio State University have found that people who shared their goals with high-status individuals did feel more committed and achieved better results. Specifically, the researchers found it is important for people to experience what is known as evaluation apprehension – the fear of feeling judged or looked down on by high-status individuals if they fail to achieve their goals.

To boost your achievement, then, share your goals only with select colleagues or friends who perhaps somewhat intimidate you. For example, if your goal is to read more books, declare this aim to someone who reads more than you; if your goal is to get fit, then share that intention with someone much fitter than you.