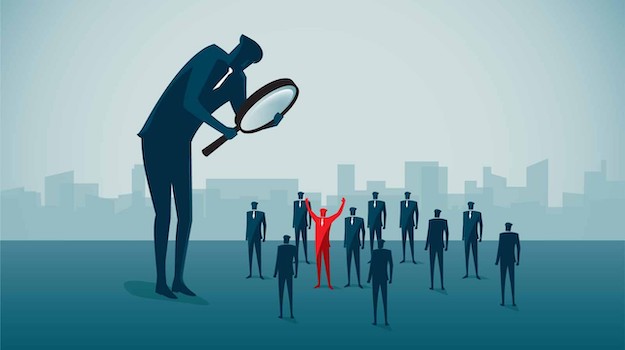 What does it take to get noticed and put in charge as a leader? Researchers have for decades investigated the concept of emergent leadership – the extent to which an individual is seen by peers as leader-like and possessing social influence.

Clearly, being informally recognised by others as leader-like is advantageous for those wishing to be promoted into formal positions of leadership.

One of the most reliable findings in the research points to the importance of both intelligence and extroversion. Gratifyingly, people with higher levels of cognitive ability are more likely to emerge as leaders. However, so too are people whose personalities naturally dispose them towards being talkative and opinionated.

Introverts can raise their profiles though. A study by Andrew Spark and Peter O’Connor at Queensland University of Technology measured levels of natural extroversion in 601 experimental participants who engaged in group discussions with each other. Naturally introverted participants were assigned to behave normally or ‘act extroverted’.

However, natural introverts who were asked to ‘act extroverted’ – to be more sociable, assertive, and enthusiastic – were somewhere in between. Instructions to behave in a more extroverted fashion helped introverts to close the gap with natural extroverts, but not eliminate it completely.

The study therefore suggests that both innate personality and behaviour matter when it comes to getting noticed. Introverts who make a deliberate effort to behave in a bolder, more assertive fashion are more likely to be recognised as leaders than introverts who merely accept their innate tendencies.

Speaking up seems critical. An investigation headed by Neil Maclaren at the State University of New York set out to test the so-called babble hypothesis of leadership emergence, which argues that quantity rather than quality of speaking during interactions helps individuals to emerge as leaders.

Data from this investigation indicated that the amount of speaking time during face-to-face interactions indeed predicted leadership emergence, even considering factors such as intelligence and personality.

In other words, if you have two people with identical levels of intellect and traits – including extroversion, but also conscientiousness, emotional stability and others – the one who speaks more during meetings is likely to be viewed as more leader-like. No one can see your leadership potential unless you attract attention by talking.

Speech quality makes a difference to leadership emergence though. Psychologists distinguish between two types of speaking up. Promotive voice refers to comments or suggestions for improving the functioning of the team or organisation. In contrast, prohibitive voice relates to expressions of concern about people’s behaviour or work practices that might harm the organisation.

Promotive voice often relates to doing more of something that has a positive effect or starting entirely new ventures. Prohibitive voice is usually about reducing, stopping or preventing negative behaviour or projects.

Clearly, prohibitive voice is important when others make mistakes, cause harm or even break the law. However, people aspiring to be viewed as leaders by colleagues may be better off focusing on ideas and suggestions that can lift the performance of the team or wider organisation.

Certain behaviours benefit one gender more than the other. Self-promotion involves talking about one’s strengths, expertise and past accomplishments.

Singapore University of Social Sciences researcher JoAnne Yong-Kwan Lim found that self-promotion benefited men but reduced women’s chances of being identified as a leader. Unfortunately, men who talk themselves up are rewarded for it while women who do so are punished.

Data suggests that such behaviours boost leadership emergence in men, but have an even larger benefit for women. By raising the team’s profile and forming useful links with other teams and departments, women may more successfully help themselves to be noticed as leaders.

Dr Rob Yeung will be talking about the psychology of influence and persuasion at ACCA’s annual virtual conference, Accounting for the Future. Register to attend and learn about trends affecting the profession, while earning over 15 units of CPD.

This article was first published in AB magazine November 2022