The ascent of Amazon 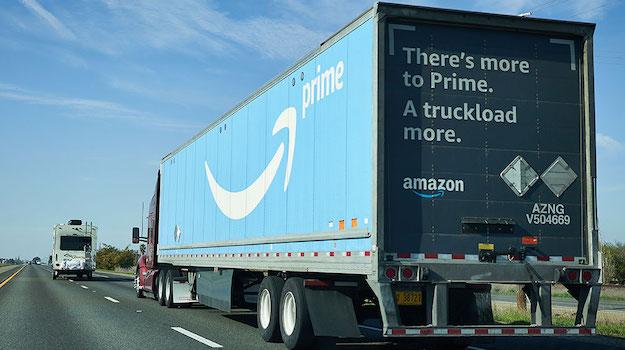 Supply chain disruption aside, the e-commerce sector is winning during Covid-19.

Thanks to surging online shopping and streaming, Amazon is expanding its aerial network – buying 11 planes to maintain its delivery systems. Its unflinching rise was one of the economic success stories of 2020.

Amazon has also expanded into new sectors. In December 2020, it became the largest purchaser of renewables with 26 solar and wind energy projects.

These will fulfil its commitments to reach net zero by 2040, and to the Paris Agreement a decade early. It will buy 100,000 electric vehicles – producing 6.5 gigawatts and powering 1.7 million US homes. Amazon is also spending $2 billion to build 20,000 affordable homes for low-income families.

Amazon’s diversification strategies began years ago – the digital industry has been seeing a boom in the past few years and it was expected that companies would venture into new areas. It not only keeps the firms thriving across sectors, but also rings in greater profit. This explains why Amazon has stepped into the healthcare industry as well. Its UK plans almost immediately saw dips in the share-prices of existing pharmaceutical firms. Amazon’s logistic brilliance makes it a winner every time it steps into new shoes.

The giant has also entered sports broadcasting. It is bidding for rights to the England-Australia Test cricket series. Success in ‘The Ashes’ will make it one of the biggest competitors of Sky Sports, Europe’s leading sports broadcaster.

Having seen 34% growth in the last five years, CEO Jeff Bezos is on course to be a trillionaire by 2026. He lauds Amazon’s job-creation figures, industry-leading pay and healthcare. Bezos also praises December’s bonus to frontline staff and the fact all these perks apply for entry-level positions.

When the pandemic began, Amazon increased hourly pay by $2 an hour and doubled overtime pay. These pay increases were extended twice by May 2020. The following month, Amazon paid half a billion dollars in bonuses to delivery partners and staff. It spent $800 million on Covid safety precautions in the first half of 2020. All facilities ensured temperature screening of employees and ensured that they had personal protective equipment. Amazon’s starting salary is higher than its retail rivals.

Yet, it has also reported tens of thousands of Covid-positive tests and several deaths. Unions representing the workers plan walkouts to protest against inadequate sick pay.

Some staff are also suing Amazon for failing to install safety measures – accusing the company of ‘purposeful miscommunication with workers, sloppy contact tracing, and [instilling a] culture of workplace fear’. Amazon Canada’s vice president cited the firing of whistleblowers as the reason for his stepping down. Tim Bray also pointed out the stark contrast in how those like him and the warehouse workers were treated, the latter being subject to the ‘weak labour laws’ in North America.

Sanitation supply shortages, poor cleaning protocols and limited options on working flexibility are common complaints. Employees have said Amazon needs to be more accountable for not protecting them. During the holiday season, this has meant employees have faced longer hours of work and compromises on personal safety.

For millions of quarantined people during the pandemic, Amazon is a lifeline. It should vigilantly ensure the safety of its workers and its reputation. If Amazon cannot protect its employees, as has been alleged, mounting accolades or revenues cannot help them.

This article was first published in Student Accountant in January 2021