Taking the jump from horse racing to finance with ACCA 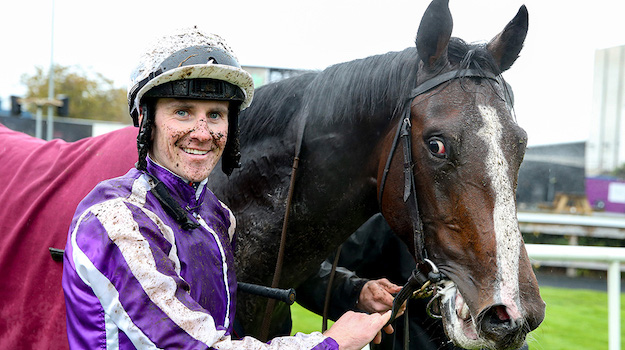 Winners come out of the blue in sport all the time, but rarely does a long shot steal the show quite as convincingly as when Serpentine claimed victory in this year’s Epsom Derby.

Jockey Emmet McNamara entered the race as a relative outsider, and with no win under his belt for almost nine months. The 30-year-old, Tipperary-based ACCA student would go on to leave the pundits open-jawed.

Serpentine, trained by Aidan O’Brien, was a 25/1 shot, but took a convincing lead from the beginning and stretched it to 15 lengths at one point. By the time the chasing field realised he wasn’t for reeling in, it was too late, and McNamara sealed as memorable a victory as the UK’s richest horse race has seen.

For trainer O’Brien, the outing represented a record eighth Derby win. The victory seems unlikely to be his last. Serpentine is the son of Galileo, who won O’Brien his first Epsom Derby in 2001 and has gone on to sire five subsequent winners of the race. O’Brien was not on hand to celebrate his latest win, and watched the race from his stables in Ballydine, Co Tipperary.

For McNamara, both the experience of the race and the celebrations after were necessarily muted by Covid-19 restrictions. Flat racing was one of the first sports to be allowed to resume in Ireland and the UK in the aftermath of the lockdown, but with the proviso of no public in attendance.

Deserted stands at a showcase event certainly offered a new experience for the jockeys, McNamara says. ‘It is very different racing behind closed doors. You get a certain buzz from the crowd, and the silence was a bit eerie. At the same time, we were delighted to be back racing, and you’re fully aware that people are watching. In fact, TV viewership was higher than it had been the year before.’

The two weeks of self-isolation that followed the Derby win could only add to a sense of the surreal, although McNamara describes it as ‘a small sacrifice to make considering what others have had to do over the last few months’.

‘The man who stole the Derby’

While the win has put the international spotlight on McNamara, with the UK media dubbing him ‘the man who stole the Derby’, it has also highlighted his grounded approach.

‘I’d like to think winning won’t do me any harm in my future career, but how much good it will do only time will tell,’ he says. ‘I don’t feel I’m any better a rider today than I was before the Derby.

‘People’s perception of me has changed and I hope to capitalise on that, but I won’t be changing what I do. I’ll ride out for Aidan, work hard and try my best – hopeful rather than expectant.’

McNamara grew up in Co Limerick, the son of a National Hunt trainer. ‘It was inevitable I’d end up being a jockey in some shape or form,’ he reflects. ‘In Ballydine, I’m surrounded by some of the world’s best riders and great role models, so I’m lucky to be able to say that I’m working with my heroes.’

While racing remains his passion, McNamara brings a fresh twist to the concept of ‘turf accountant’ with his ACCA studies. Having graduated with a first-class honours degree in accounting and finance in 2018, he is progressing to ACCA membership through study at Griffith College Limerick and training with Clonmel-based practice Drohan Ryan Wynne.

Dividing his working life between two demanding roles is, he says, ‘not easy but manageable. You will always find the time when you have to, and it’s only when you are really busy that you realise how ineffective you were with your time before.’

The flexibility of ACCA helps. ‘I wouldn’t be able to make Saturday morning lectures because of work, so the online side of things has been brilliant, and all my lecturers have been very accommodating.’

McNamara is also deeply appreciative of the work of Frank Moran and Helen O’Sullivan of the Irish Jockeys’ Trust. The organisation supports jockeys getting back into education so that they can plan for the future when their riding careers conclude.

However, ‘the fact that I would have a certain amount of industry experience in racing leads me to believe I’ll end up working in the business, probably on the accounting side. Having ACCA in my back pocket means I’ll be able to do it with confidence.’

For the moment, though, this unassuming champion will continue to focus on his passion and take the successes that come with it in his stride. ‘I’m giving 110% to my racing career and, as long as Aidan wants me, I’ll be quite happy to stay racing for him.’

This article was first published in Student Accountant in September 2020