Taking a sabbatical can be both refreshing and inspiring 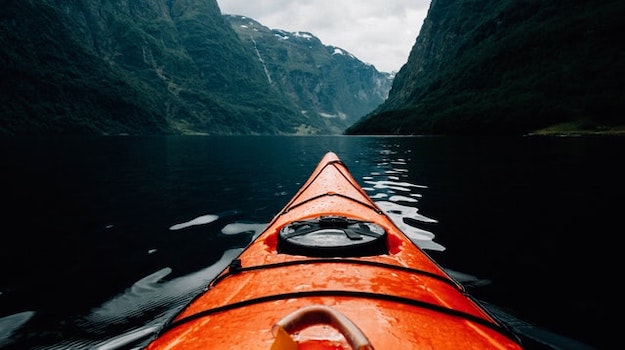 Weeks into her first job, graduate Emma Rosen realised the career path she’d mapped out wasn’t for her. ‘It ticked all the boxes; I’d won the career lottery,’ the now 26-year-old Londoner says of her coveted position in a government accelerated leadership development programme. Feeling unfulfilled, Rosen left after a year, intending to give herself the next 12 months to recalibrate.

Rosen was experiencing the kind of career wanderlust that can strike at any age but is becoming more prevalent, especially among the younger workforce. It has led to more people taking time out to do something else, sparking what travel agent Original Travel predicts will be ‘the next big travel trend’.

To meet rising demand for sabbaticals, the UK company is organising more and more multi-destination trips between three and 12 months in length, and worth up to – and sometimes exceeding – £1m.

Most sabbaticals may not be as radical as Rosen’s, who resolved to try 25 different jobs (and wrote about it in her book The Radical Sabbatical, published last year). For instance, Jasmine Brook ACCA, a supervisor at UK accounting firm Wellers, decided to fulfil some personal interests after working hard to achieve her goals – joining the firm at 17 and qualifying at 21.

‘Being a school-leaver trainee means you don’t have a gap year and instead go straight into study,’ she says.

With her employer’s support, Brook took a three-month sabbatical travelling around Asia and America. The trip ‘made me appreciate my life a lot more because I learnt how people can live with little but still be happy,’ she says. ‘It made me want to come back to Wellers and work even harder as I realised how much effort some people put in for so little money. I also realised that although work is important, I need to spend more time with my family and friends.’

Brook also believes the time out is benefiting her further professional development. ‘While I was travelling, I encountered a lot of small businesses and large corporations, which reaffirmed to me that there is a story and a huge amount of work behind the figures we see, regardless of the size of the business,’ she says. ‘It’s important for accountants to recognise this; smaller fees shouldn’t be less important because with support and guidance there can be great potential for growth.’

Pauline Ho, a people partner at PwC Malaysia, says millennials are not alone in wanting more flexibility. ‘The results from our global people survey reveal that flexibility and greater work-life balance are valued by employees across generations,’ she says, adding that the firm introduced the option to take a career break several years ago.

Wishing to address health issues she believed were related to chronic stress, Alexis Meyer took six months’ leave from her from her technology and systems integration job at Deloitte Consulting in the US to ‘focus on areas of my life that gave me a deep sense of purpose’. The first month was spent doing yoga in the Bahamas and the rest in Roatan, Honduras, volunteering on coral reef preservation projects.

‘I came back with an understanding of my values – health and well-being coming at the top of the list – the boundaries I needed to support those values, and the ability to communicate what I needed with people both at work and in my community so I could stay accountable,’ Meyer says.

Meanwhile, in Singapore, Clement Chow is currently on a 12-month sabbatical to care for his young son. The audit and assurance senior associate with Deloitte Singapore is also a Team Singapore triathlete, and has previously taken time out to compete internationally (being paid an allowance by his employer to do so).

Deloitte Singapore introduced a sabbatical policy 10 years ago as part of its Work-Life Integration Programme. According to talent partner Seah Gek Choo, ‘all permanent employees are eligible to apply for sabbatical leave to pursue their personal interests’.

While that might seem doable with the resources of a major network behind you, Christina Nawrocki FCCA, managing partner at Wellers, says that, with forward planning, even mid-sized firms can support a staff member to take time off. ‘Agreement is reached as to when it is most viable, given workloads and deadlines. Then, other members of staff can take on the client work in a relatively seamless manner,’ she says.

After Brook’s request in 2016, Wellers introduced a sabbatical programme available to all staff members with five years’ continuous service. ‘We recognise that in today’s employment market flexibility is key,’ Nawrocki says. ‘Our core values strive to help our staff achieve their true potential and this policy is part of those underlying values.’

She adds that development is about so much more than learning technical skills: ‘We feel that broadening one’s life experiences and horizons is of great importance to allow people to become good all-round business advisers.’

Yet, as personally fulfilling as they may be, Hong Kong accountant Elaine Cheung concedes that there are risks involved in taking a break mid-career – especially if you don’t have a job to come back to.

Before her current role as group CFO at Regal Springs, a global sustainable aquaculture company headquartered in Singapore, Cheung was unexpectedly retrenched during a company restructure. She decided to take 12 months off to refocus.

At the time, Hong Kong Exchanges and Clearing was seeking input to a white paper on board diversity and Cheung volunteered to spearhead the project. As well as passing on her experiences to senior leaders, the role enabled her to establish contacts that would ultimately lead to her next job.

This was a far different outcome to Cheung’s first sabbatical, early in her career, when she took three months off to travel with no thought of an end goal. Her advice is to make a sabbatical work for you. ‘Without a plan, it will become irrelevant,’ she says.

Taking a sabbatical requires guts and some lifestyle adjustments, Cheung says. As one who was willing to take the risk, she found that ‘the reward was just amazing’.

Nick Newbury, co-founder and director of Original Travel, says companies are starting to recognise the benefits of sabbaticals for staff retention and incentivisation.

He sees some common threads when planning a sabbatical itinerary: ‘People want to immerse themselves in new and different cultures; get back to nature; spend quality time with loved ones; learn a new skill; put a serious dent in their bucket list; or give back and spend some time volunteering,’ he says.

Some examples of trips his team has organised include:

– a seven-month family sabbatical starting in Singapore and Indonesia, moving on into Australia and New Zealand and finishing in Easter Island and South America

– an individual’s two-year sabbatical ‘touring the world, learning new things and avoiding hotels’ – a trip that resulted in a 92-stage itinerary across 100 countries.