Sector focus: from industry to practice 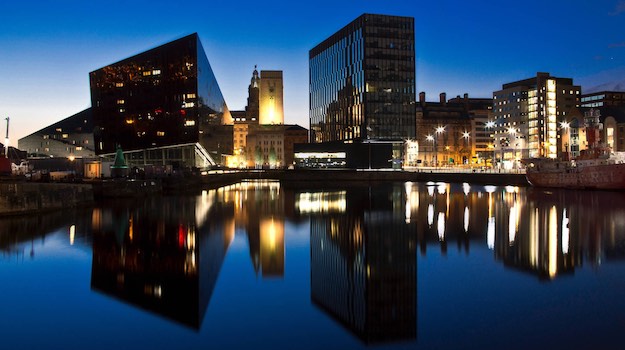 Jai Ling Gu was educated as a philosopher, trained with Kwan Wong Tan & Fong in Shanghai, and then moved into industry where she is now director of supply chain for Nike China. Laura Iliescu trained with PwC, spent a while as a freelance audit and internal control consultant, then joined the global financial institution ING Group, and is now head of financial reporting and control at ING Romania.

As many student accountants will be aware, starting your finance career in practice, before moving into industry, is not unusual – but neither is the reverse approach.

David Halsey did his ACCA training with Colgate Palmolive and Esso, before joining a four-partner firm, and eventually going into practice with his father. After qualifying, Olasunkanmi Adewale Ogunyomade worked for the Nigeria Police and the Ondo State Public Service Commission, before moving into practice with Adenusi & Co, where he is now financial services director. Karl George qualified while working for an engineering firm, and then tried a brief stint as an accountancy lecturer, before starting his own practice, as well as becoming a motivational speaker.

Some accountants even find that their finance career takes them into multiple roles in both practice and industry. Take Andrew Steet. Originally from Malta, the FCCA trained in the UK and worked in international audit at Mobile Oil, then held financial reporting roles across the world for organisations including the retailer Marks & Spencer and the pharmaceutical group Corange Boehringer Mannheim. Steet then spent a period as a partner at KPMG, before re-entering industry with roles at Royal Dutch Shell and Tatweer Dubai LLC, where he is now chief operating officer.

So, although some finance professionals (and student accountants) focus on one particular environment, and stick with it – only ever working in practice, never straying from central or local government, being dedicated to the not-for profit sector, or steadfastly refusing to consider any opportunity outside business and industry – this does not have to be the case. Your ACCA studies and professional qualification will open the door on a world of choice, and it is never too late to make a career change, or too soon either.

The opportunity to practice

‘I started my ACCA training in internal audit with a large nationwide food retail and wholesale company based in the UK,’ recalls Andrew Chalmers, but within a year he was ready to make a change. ‘All of the stores in the retail chain were the same as each other,’ he recalls, and this made his work in internal audit ‘rather repetitive,’ despite the relatively large size of the organisation, and Chalmers felt that public practice could offer more. ‘The lure of a more diverse portfolio and greater career opportunities took me to Deloitte,’ he adds.

Once in practice, the work Chalmers became involved in was much more varied, and he stayed with the Big Four firm for five years. ‘I spent three‑and‑a‑half years based in Scotland, working across the UK and in Germany, and then went to work with Deloitte in the United States for 18 months,’ he says, and although Chalmers’ roles were all in internal audit during his time at Deloitte, there was plenty to keep him interested – and his stint in the US also involved providing support for the external audit team.

But after five years in practice, Chalmers decided it was time to move back into industry, and leave the US for Europe. ‘When you are working in practice you learn a lot and you learn a lot quickly,’ he explains, ‘but you don’t get a really in-depth knowledge of one organisation and the way that finance fits in throughout the business.’ This was something that the now qualified ACCA was keen to explore, so he recently joined the internal audit team at Gate Gourmet, and relocated to Switzerland.

Because Chalmers stayed in internal audit as he moved backwards and forwards between business and industry the biggest differences he experienced were cultural. In the US he found people a lot more competitive than he was used to in the UK and other parts of Europe, while his new role in Switzerland has exposed him to a change in lifestyle and standard of living, and the need to learn a new language. ‘The office language is English, but I am doing my best to learn German,’ says Chalmers, because he wants to be able to communicate more easily outside the workplace.

David Halsey decided to move from big business to a small public practice, shortly after qualifying, for personal and professional reasons. ‘The idea of dealing with several clients appealed to me more than remaining in industry,’ he says, ‘and I had a vague idea that I might go into partnership with my father,’ an accountant with his own small firm. Like Chalmers, Halsey experienced some cultural differences, but they had more to do with organisational structure than geographical location.

‘In industry, there was a defined hierarchy for management and decision-making processes, and very defined workloads,’ he recalls, but within the firm, the (then) newly qualified ACCA found that the partners ‘each had their own vision and their own way of working,’ and he had four equal bosses. ‘You would have a workload thrown at you for each one, which made prioritising things sometimes a political affair as well as a practical one,’ he adds, and the lack of a clear hierarchy created other complications too.

Halsey explains: ‘When my father passed away I handed in my notice,’ to mixed reactions. ‘One partner insisted that I work my notice as policy. However the second partner told me in no uncertain terms to go home and look after the family interest. In industry, this would have gone up the ladder until it reached a single manager with appropriate authority, and they would have decided either way.’ But the differences between industry and practice were nothing compared to the culture shock of taking over the family firm.

The move from employment to self‑employment as a small practitioner is one that many accountants make, but being your own boss creates its own special challenges. ‘The City firm had large clients with limited personal exposure. However as a sole practitioner, the deadlines and demands from clients come thick and fast,’ he reports. ‘The ability to juggle workloads becomes vital, and the personal and the professional can become hard to separate,’ he adds, ‘and you can find yourself being messed around by clients in a way that a City firm just wouldn’t put up with.’

Though not being able to separate the personal from the professional can have advantages as well as disadvantages, as Cathy Barrow has found, while simultaneously juggling a career in practice and the agricultural industry, where she runs a small farm and a large contracting business, along with her husband. ‘I trained in practice and he started the contracting business,’ explains the FCCA, who used to routinely put in a 70-hour week, working for both.

‘Until the kids came along I did about 45 hours in the firm and 25 hours in the business,’ she recalls, but her involvement in the practice and the business has made her better at both. ‘Being an accountant meant that I could help my husband to grow the contracting business,’ she says, by making sure that the necessary infrastructure was in place. Barrow says: ‘Introducing computer systems made it much easier for him to chase debts and expand the business,’ and it now has 18 tractors and diggers, and undertakes groundwork and farm works.

Back at the rural firm, Davisons, her hands-on experience of the world of agriculture has made Barrow a better accountant. ‘If I had worked just as a practitioner I don’t think I’d have developed the business know‑how I have,’ she says, ‘because there are a lot of practical things you can’t understand.’ It is one thing to advise a business on tax and tell clients what they should be doing in an ideal world, but as Barrow adds, ‘I know first hand, from running a business, that this is not an ideal world,’ and this has made her very commercially focused – which clients appreciate.

‘As the firm’s agricultural manager I specialise,’ says the accountant, whose double life as a farmer means she has a lot in common with her clients. ‘They like being able to chat to me about things such as muck, the weather, lamb quotas, and a host of other things I probably wouldn’t know about if I wasn’t also running the family contracting business,’ explains Barrow. So, if you find that you are over practice, unimpressed by industry, or simply want to try your hand in both, don’t be afraid to make the change; they are not as far apart as you might have imagined.