Regulations in a topsy-turvy world 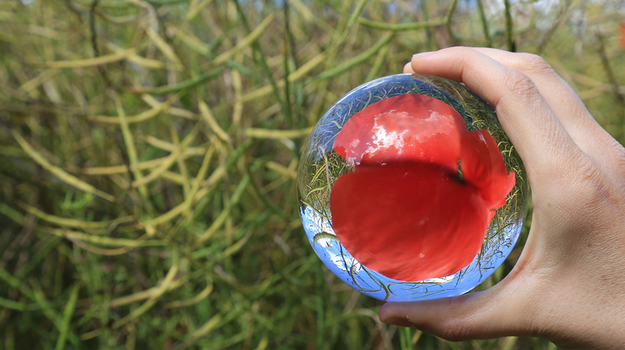 Accounting professionals are required to keep abreast of updates from relevant regulatory bodies and to adhere to domestic and international regulations and accounting standards.

With the world in different stages of government enforced lockdown due to the Covid-19 outbreak, what was an already fast-moving regulatory environment has doubtlessly become even more turbulent. We may find ourselves living in a different world post-Covid-19, and while it’s unlikely the outbreak will alter the forces driving new regulations, it’s not yet clear to what extent it will affect the regulatory environment.

At a global level, greater regulation is likely to affect all accounting professionals in the years ahead. According to ACCA’s Drivers of Change and Future Skills report, increased regulation and stronger governance will have the greatest impact on the profession to 2025. ACCA expects that intergovernmental tax action to address ‘base erosion and profit shifting’ will impact all members of the profession, while fairness in tax will continue to rise in prominence.

ACCA also points to greater emphasis on tax transparency and greater government tax action and information sharing. Towards the end of 2019, ACCA updated its global policy on taxation of companiesand established an updated set of standards for ACCA members to follow.

In the wake of the Panama Papers tax avoidance and money laundering scandal, efforts have been stepped up globally – for example, at the G20 and OECD level – to tackle corporate and wealth transparency. ACCA hopes that companies, policymakers and tax advisers avoid aggressive tax avoidance measures and to consider that some legal actions may still be unethical and socially irresponsible.

‘While debates will continue about taxation, the heart of the matter is whether tax laws, especially for corporates, reflect the new business models of the 21st century and consumers’ wider ethical expectations,’ said Jason Piper, policy lead for tax and business law at ACCA.

The topic is a point of friction between the US and the rest of the world, especially in Europe where many large firms haven’t significant presence and ‘second’ headquarters.

There are mounting calls for greater regulation in finance and for tax fairness in Europe, especially concerning international digital and internet corporations. Meanwhile, in the US, in an effort to encourage sector growth and capital formation, less regulation is being touted.

A mooted ‘digital tax’ is considered fraught with difficulty owing to the question of which tax authorities would be entitled to any income from the taxes – a company’s country of origin, or the country in which its users/consumers are located?

The EU Commission believes the recipient country should have a tax share. It proposes a temporary interim tax of 3% on the digital revenues generated by companies like Google, Apple, Facebook and Amazon with a global turnover of more than €750 million in the recipient countries.

Fair taxation in this situation is a difficult undertaking. On the one hand, ACCA suggests mechanisms, like a global minimum tax, could help to ensure that international companies pay at least a minimum rate of tax on global profits.

On the other hand, given the new globalised and digitised environment, how can corporate tax as we know it survive? Shouldn’t new forms of taxation be considered and tested as tax laws change? The answer is probably yes, but such fundamental changes to tax structures and regimes will be very complex and slow going.

One area where regulation is likely to continue growing across the world and with less friction between regions is data protection and cybersecurity. In the US, in 2019, at least 43 states introduced or considered close to 300 bills or resolutions that deal significantly with cybersecurity and 31 states enacted cybersecurity-related legislation, with other states likely to follow suit. In Europe the EU’s General Data Protection Regulation (GDPR) is having a big impact.

Cybersecurity and data protection laws and regulations are providing accountants with a new and thriving service to provide or professional specialism to acquire. So while not always welcomed with open arms, some regulations provide the profession and its members with significant opportunities.

Likewise, regulations present an opportunity to impact the world more broadly – for example, by responding to social and environmental concerns.

An article by the International Federation of Accountants said: ‘The regulatory concern for different social and environmental issues, along with the associated measurement and reporting complexities of these issues, has allowed accounting professionals to open their minds to the possibility that accounting has the capacity to change. The important implication is that all professional accountants will be expected to look beyond the numbers, which will, in turn, enhance collaborations among members of multiple professions, including accountants, doctors, lawyers, environmental scientists, sociologists, and so on.’

To this end, earlier this year, ACCA was one of 14 accountancy bodies that signed a call to action on climate change, which stipulated the measures that bodies and professionals should take to support the transition to a net zero carbon economy. Governments the world over are stepping up regulations to meet climate change targets as laid out in the Paris Climate Agreement and the UN’s Social Development Goals.

Accountants will play an increasingly hands-on role in this changing landscape, and beyond the numbers they were perhaps traditionally only expected to trouble themselves with. Finance professionals will need to be educated, and then educators to their clients and their stakeholders, in the areas most likely to be regulated as discussed above – digital technology, tax, new forms of corporate reporting and integrated reporting.

ACCA believes accountants currently lack knowledge in new disclosure regulations and new forms of disclosures, as well as lacking an awareness of the interconnectedness of financial and non-financial reporting. Professional accountants need the skills to provide more holistic corporate reporting, which not only describes the numbers but also tells more about an organisation’s narrative.