Making it to partner in the Big Four 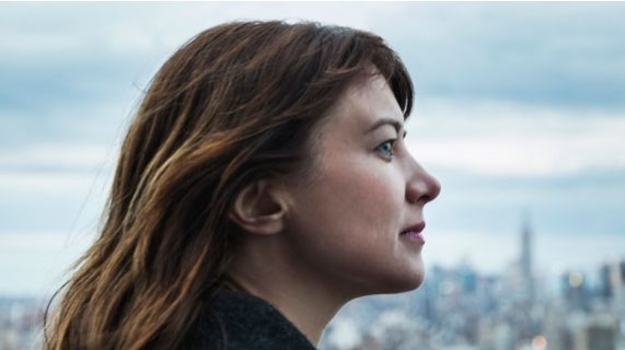 Over the last three decades the big accountancy firms have thrown aside the cloak of boredom, recasting themselves as dynamic, exciting and at the forefront of the global economy. The Big Four firms are both financially successful and politically influential.

Unlike the major corporations and government departments that are their clients, the Big Four are organised on a partnership model. Partners are the pinnacle of the Big Four and occupy positions of great importance. Our research, conducted at the University of Edinburgh Business School and Warwick Business School, sought to shed light on who Big Four partners are and how they become partners.

What does your father do for a living?

In his report on social mobility in the UK, former minister Alan Milburn argued that many professions have, in effect, become closed to people from working class backgrounds. He cited the law, medicine and accountancy as examples. While the board thrust of Milburn’s argument, especially on law and medicine, is correct, our research found something quite different in the Big Four accountancy firms. Big Four partners are drawn from a variety of backgrounds – in fact, only one partner we interviewed could be regarded as coming from an elite social background. This is quite different from the ‘magic circle’ law firms or the upper echolons of the medical profession, where expensive schooling and Oxbridge educations are par for the course. We had expected partners to be Nick Cleggs or David Camerons of the accountancy profession, with glided upper –middle-class backgrounds, expensive educations (Westminster and Eton) and elite university degrees (Cambridge or Oxford), but found a very different truth.

Our research reveals that there is a very real sense in which the Big Four are meritocratic. People who perform well are able to rise to the top, whatever the background. One of our interviewees, a former senior manager at one of the firms, and now an investment banker, explained: ‘The people that I joined with had a very wide sort of social background. Accountancy firms, they don’t really care where people come from; it’s all about what they’ve done with themselves and what they’ve achieved rather than where they’ve come from.’

This is a relatively recent phenomenon. Some of the partners, now in their fifties remember the prevailing culture in the large firms in the early 1980’s. One recalled that there were two questions you were asked: ‘what does your father do?’ and, ‘what school did you go to?’ The answers immediately determined your trajectory in the firm.

Those old boy networks were all blown away in the 1990’s as the firms merged, became more commercial, developed new lines of business and were less encumbered by minor social snobberies. It became less ‘what does your father do?’ and more ‘what can you do?’

So far, so positive. For employees who are white and male, the Big Four offer exciting possibilities to reach the top. Things are more limited for females and those drawn from ethnic minorities. To be fair to the Big Four, they are all aware of this and are genuinely trying to do something about it. Research shows, however, that actually changing a culture is far more difficult in practice. The Big Four have deeply held belief systems and organisational practices that they will overcome if they are to make their workplaces more reflective of society.

A mere 2-3% of employees will make it to partner in a Big Four firm. Those joining on a training contract after university can typically expect to spend 17 years climbing the pole before making it to partner. So what’s the process?

First off, it is fairly unusual for a trainee to come to the attention of a partner but in the post-qualification period, when newly minted accountants become managers, they start getting noticed. To do well they have to be good at their jobs and be seen to be doing well. One of the Big Four, as part of a culture change programme, asked: ‘What are you going to be famous for?’ Putting aside the reality TV connotations, it spoke to a prominent theme in our interviews: how do people get noticed? How to they start to be seen as partner potential? In this process it is crucial to be involved with a service line or a client deemed to be important, and it is taken for granted that the quality of the work is good.

A director can remain in the firm for the rest of their career. Directors are incredibly knowledgeable about their service line, are highly valuable in that they are charged out for large sums, and are responsible for a lot of project delivery.

Our research suggests that directors fall into two categories: those passing through quickly on the way to partnership, and those likely to remain a director for the rest of their working life. So what is the difference?

Directors are by definition ‘expert-specialists’, whereas partners need a broader-based skillset. Something that came up frequently in our research is that partners need to be able to have ‘relevant conversations’ with clients, or need to be the equivalent of business CFOs in their ability to handle tough conversations.

Our research emphasises the need for partners to have highly developed social skills. This is reflected in how much time a partner spends with clients. One interviewee recalled: ‘As senior manager you probably spend 80% of your time delivering, 20% selling, and over time [as a director] you learn to do nearer 50/50. Now as a partner, it’s probably 80/20 the other way: I probably spend 20% of my time delivering and 80% of my time finding the next work.’

Our research highlights the importance of having a good mentor for those looking to become partner in a Big Four firm. There were a number of reasons for this. First, the mentor provides wise counsel on the politics of the firm. Second, the mentor acts as an effective advocate in talking up the candidate. Third, the mentor can help a candidate understand what aspects of their job performance they need to work on and improve. Virtually all our interviewees recounted stories of how important good mentorship had been to their success.

The process of becoming a partner is not heavily formalised – typically a year-long process, involving intense scrutiny. Most partners described it as demanding, stressful and fraught with uncertainty.

One interviewee who had made partner a few years before said: ‘You can work your way up and then you’ll hit the ceiling and you’ll keep hitting that and it kind of doesn’t matter what you do, unless somebody opens that trap door and pulls you up and says, “Actually, yes, that person’s doing the things we want that person to do as a partner in this firm and they can be one of us.”

For those who don’t make partner, the choices are to stay in the firm as a director, move to a different firm and often a different city to try the process again, or move into industry.

All of our interviewees emphasised the importance of timing. This is largely because in addition to the personal case for a partnership, there is the business case. Does a firm think an area of activity will be able to generate sufficient revenue to justify a partnership in that area? For instance, there are many excellent corporate finance directors who are unlikely to make partner in the short term because the business case is no longer there, due to the drying up of M&A activity following the global financial crisis. Conversely, an insolvency specialist stands more change of manking partner than they did a decade ago.

In conclusion, the modern Big Four partner is likely to be  white male, and to have become a partner in their late thirties, on average 15 to 17 years after joining the firm. They are likely to be drawn from a wide variety of backgrounds. The partner will have convinced the firm that not only is there a personal case but also a business case for making partner. For partner status to be conferred, the firm must absolutely trust the ability and integrity of the candidate: can they help grow the business? Partners are a curious mix of conformity (they need to fit into a large organisation) and individualism (they need to stand out from the crowd).

Overall, making it to partner is more open than it was in the past. It is much more based on what you can do rather than were you come from. In turn, ‘what you can do’ generally means developing a wide-ranging soft skillset that privileges EQ (emotionall intelligence) over IQ.

This article was originally published in Accounting and Business magazine. Read the original article