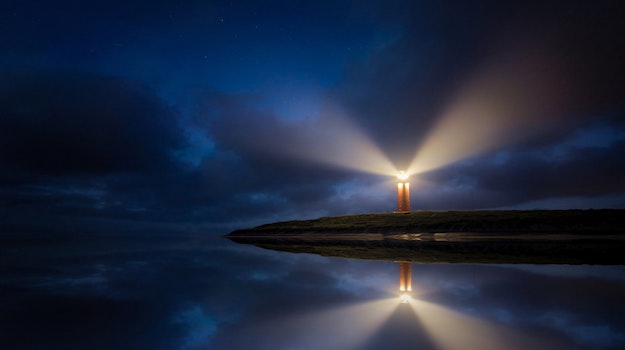 Humans are innately more attuned to threats and other negative events than positive experiences. However, scientific studies show that it is somewhat possible to retrain this tendency. For example, a team of management researchers led by Joyce Bono at the University of Florida found that the completion of a short writing exercise reduced stress and improved wellbeing in a sample of medical staff after only eight days.

The exercise involves reflecting on positive events as follows:

The results of the study were written up in the Academy of Management Journal, a publication aimed at working professionals. As a result, we know that this simple end-of-workday exercise has proven psychological benefits in terms of reducing stress and improving wellbeing.

Imagine your best possible self

A more in-depth psychological exercise involves writing about your so-called best possible self (BPS). The method has been shown to be beneficial in multiple studies. If you’re interested in the research, you can read about it in my 2020 book 10% Better: Easy Ways to Beat Stress, Think Smarter, Get Healthy and Achieve Any Goal. To carry out this exercise:

At first, the exercise may appear rather wishful or ineffectual. However, it has repeatedly been shown to have significant benefits for psychological wellbeing by behavioural scientists such as Kennon Sheldon at the University of Missouri-Columbia, Sonja Lyubomirsky at the University of California, Riverside and Madelon Peters of Maastricth University in the Netherlands.

There are often reports in the popular media alleging that screen time and social media use may have harmful effects on psychological wellbeing. It is true that some studies show a relationship between social media use and reduce psychological wellbeing. However, many other studies show no effect. Even the studies that do show an effect have found that the size of the effect is relatively small.

Current psychological evidence suggests that how we use social media and communication technologies likely affects our wellbeing more than the length of time that we use them. For example, there is a big difference between sitting alone scrolling through endless images of unattainably attractive models and so-called influencers versus having a joyful or meaningful conversation with friends and loved ones.

Studies suggest that communication technologies do not replace in-person, face-to-face conversations. However, an experiment led by Lauren Sherman, a behavioural scientist at UCLA, found that people nonetheless reported a sense of connection through a variety of digital channels including video chat, audio chat and instant messaging. The participants reported the greatest level of bonding when interacting in-person, followed by video chat, audio chat, and instant messaging in that order.

The implication: when we are unable to be with friends and loved ones in person, we can still bond with them through video chat. Failing that, we can use audio chat. Even instant messaging fosters a sense of connection.

Physical exercise is known to be important for physical health. However, it is a powerful tool for supporting mental wellbeing as well.

In 2017, a team of medical researchers published the results of a study in which they tracked a cohort of 33,098 adults for 11 years. The results clearly showed that regular leisure-time exercise was associated with a reduced incidence of depression.

Other, experimental studies have also shown that even a single session of exercise can have mood-boosting effects. Early in my career, I collaborated with professor David Hemsley at what was then the Institute of Psychiatry at the University of London. We gathered volunteers and randomly split them into two groups.

One group relaxed quietly for 15 minutes while the other exercised at a moderate pace for the same length of time. Both groups then completed psychological questionnaires measuring their mood, which confirmed that those who had exercised reported feeling significantly more upbeat as well as calmer. In other words, exercise may enhance mood more effectively than mere relaxation.

Health practitioners often recommend that people engage in exercise for several hours a week in order to protect their physical health. However, these sorts of studies suggest that far less physical exercise is needed for mental health benefits. Only one hour of even gentle physical exercise a week provides a measurable benefit in terms of preventing depression; and only 15 minutes of exercise is enough to boost mood.

Personally, I have been searching for exercise videos on YouTube and I do a 30-minute workout following the on-screen instructors on Mondays, Wednesdays and Fridays. On the other four days of the week, I do a handful of conditioning exercises such as press-ups, squats and crunches, because I am certain that protecting my mental health will involve looking after my body, too.

This article was first published in ACCAs coronavirus hub