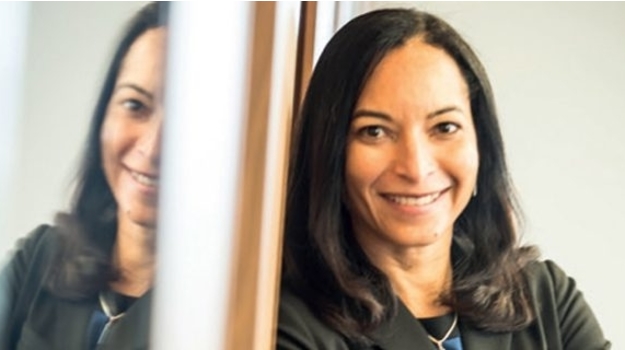 By the time Pat McCallum FCCA sits down at her desk every morning at the Cayman Islands head office of the Walkers international law firm, she has already mapped out her day and most probably solved several pressing problems – all without even looking at her computer.

All that the Americas and Asia finance director for the top-tier firm requires is a good pair of running shoes and an open road to prepare for her typically busy work day. ‘I love to run early in the morning and I find that it sets me up for the rest of the day,’ she says.

‘I can think through any issues and situations, and it gives me clarity on how to handle them. I am able to come into work and immediately attack and complete a task because I thought it through while running.’

Getting that running start, as it were, is vital since McCallum, who is herself a Caymanian, typically has about 40 emails arrive in her inbox overnight. In addition to her budget oversight globally, she handles processes and controls, audits, and regulatory and tax issues for Walkers’ offices in Cayman (as locals refer to it), Hong Kong, Singapore, Dubai, the British Virgin Islands (BVI) and Bermuda. Walkers also operates in Dublin, Jersey and London. McCallum reports to the chief financial officer in the Cayman headquarters.

As part of its global business, the firm provides international financial institutions with a range of legal, corporate and fiduciary services. Walkers stresses the importance of responsiveness, so every morning McCallum deals with her emails first. ‘I get asked a lot of questions and we have to turn them around very quickly. I do my best to make sure that I have responded to all the emails before the end of the day,’ she says, ensuring her answer is in the person’s inbox for their next working day.

She oversees staff around the world. ‘I have delegated responsibility to different people in different offices, so I tend to guide and advise. More and more that’s what I feel my role is, rather than the “doing”.

‘One of the key things for me is making sure that each person understands not just their role, but how their role fits into the finance department.’

An important issue for McCallum is that Cayman has a sufficiently strong financial services industry – which includes her firm – to offer many opportunities for Caymanians to excel professionally (the population of the three Caribbean islands that make up the territory is close to 60,000, and 33,400 of them are Caymanian). ‘Cayman has such a thriving financial services sector that there are many areas a young person can go into,’ she says, citing banking, insurance, legal and accounting.

‘The quality of work we receive here is extremely high, being one of the top financial industries in the world, and most of the companies here now have a global reach. Because of that you don’t have to leave Cayman to get the quality of work that someone in London or New York is doing, and all without the hardships and pressures of working in a large city.’

One issue that professionals in Cayman face is compliance, because the archipelago is an offshore financial centre. McCallum says that because of this and the development of global tax transparency standards by the Organisation for Economic Cooperation and Development (OECD), ‘we get a lot of questions about being transparent’.

McCallum says the British overseas territory has signed tax information exchange agreements with 36 countries: ‘We do all of the regular due diligences required. We have our internal compliance department, and every single client that we take on goes through a rigorous “know your client” assessment.’

Walkers also runs two KYC training sessions annually. The islands’ financial regulator, the Cayman Islands Monetary Authority, requires all employees to go through compliance training, and the firm’s lawyers and partners take part every year. As for anti-money laundering requirements, the firm appoints two staff to act as reporting officer and deputy to receive, analyse and act upon any suspicious activity internally and, if appropriate, report it to the Financial Reporting Authority, Cayman’s financial intelligence unit.

The global nature of the firm brings a few other challenges. ‘We do a lot of intercompany balances and reconciliations because there are a lot of cross-border transactions,’ McCallum explains. ‘We also work in a few jurisdictions where there is tax, like GST and VAT.

‘Every jurisdiction is unique in terms of what their local accounting requirements and regulations are. That is one of the most interesting parts of my job – learning, understanding and appreciating how business is done in different jurisdictions.’

When she joined Walkers in 2002, for example, her first task was to get the British Virgin Islands office’s financial accounting up and running. Walkers was uniting with another law firm, she explains, so she had to get all Walkers’ precedents, procedures and accounting systems implemented at the new branch. ‘At that time, Walkers was much smaller and I was the sole person responsible for setting up the financial systems for the BVI office.’

Her efforts were made easier due to her decision years before in London to earn an ACCA Qualification. ‘ACCA teaches you to ask certain questions and to be investigative, and that played a major role in me being able to take on that project,’ she says. ‘I found the modules that I studied have given me a very broad background and have helped me to make business decisions which I normally wouldn’t be able to make.’

McCallum’s two older sons, who are at university in the UK, are interested in pursuing accountancy. ‘Of course, I am strongly advising them to study for the ACCA Qualification,’ she says.

But it isn’t just her professional qualifications that give her confidence – that also comes from her running. She has run marathons in Chicago and Cayman, and has qualified for the prestigious Boston event in 2017. Her morning runs leave her feeling more energetic at work, she says, with the additional benefits of making her healthier, and better able to cope with stress and high-pressure situations. ‘It also makes you realise that there are things that you think are beyond you that you can achieve.’

And McCallum remains grateful that she gets to live and work on her island home. ‘Working in Cayman, you have the best of both worlds,’ she says. ‘You have the challenges of working with huge financial institutions overseas, you receive the high quality of work in Cayman, and it is just as fast-paced as in other jurisdictions.

‘But you also live on a small island. The weather is gorgeous, everything is a short commute away and it is simply a very friendly environment to work in.’

This article originally appeared in Accounting and Business magazine. Read the original article.