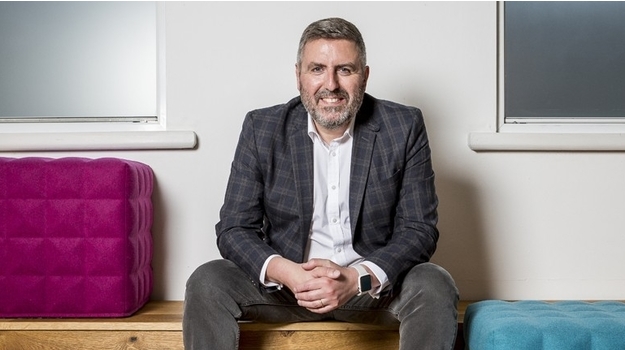 Even in the tech startup universe, Xero stands out for mercurial growth. Founded in New Zealand in 2006, in just 13 years the company has racked up just shy of 1.6 million subscribers in nearly every country in the world, and its cloud-based accounting software has become a household name (in the households of small businesses and accountants, at least). Its expansion owes a great deal to an early recognition of the lucrative convergence between cloud technology and the accounting needs of small and medium-sized enterprises (SMEs).

Gary Turner, an affable Glaswegian, is the co-founder and managing director of Xero UK, with responsibility for the company’s business operations across Europe, the Middle East and Africa. ‘I’m not at all surprised that Xero was a success,’ he says. ‘It’s a business that satisfied a need that was huge, and it deserved to be successful. I’m just relieved we didn’t mess it up.’

It takes a lot of hard work to be in the right place at the right time, and Turner has been reflecting recently on the life events and influences that led him to Xero. Accounting software for SMEs is perhaps not an obvious destination for a non-accountant, but Turner believes that his long fascination with computers, combined with his unique life experience, could not have led him anywhere else.

‘Two things have defined my journey here,’ he says. ‘One was my love of technology – I’ve always been excited by the magic of software and IT.’ The other was his childhood. ‘My parents ran their own business – Dad was a car mechanic, Mum did the bookkeeping, and they employed 10 people in the mid-1980s. I grew up surrounded by the paraphernalia of small business; it was the talk over the dinner table and in the car.’

The business, though, ultimately collapsed. ‘I was 17 at the time and we all had to deal with the huge disruption that comes when a business fails. That has shaped my values. I’ve been on a crusade ever since, I think.’

It is, he says, no accident that he’s ended up in a software company whose service is designed to help SMEs, ‘although I’ve only really realised that in the past five years. I have a really strong personal connection to this business. Helping small businesses overcome their challenges is in my DNA. It’s not just a job for me. It’s cheesy, perhaps, but this feels like my purpose in life.’

C is for computing

Turner’s path from 1984, when he was given his first computer, to the cloud-enabled frenzy of the software market today developed in stages, each leading him, he feels, towards Xero. ‘I remember vividly sitting down with a careers adviser in 1986 and saying that I wanted to work in software. He took out the big book of jobs – the 1977 edition, I think it was – and turned to C for computing. There were three jobs in the book – data entry, data programmer and systems analyst. The last one paid the most, so I thought I’d go for that. There was no definition of what it actually meant.’

He applied for, and began, an HND in computer science but dropped out, disillusioned. ‘It wasn’t satisfying,’ he says. ‘I didn’t enjoy it.’ He then took a job in a computer shop in Glasgow for 10 months, before persuading a local IT services company to take him on. ‘I was young, cheap to hire and fluent in technology,’ he says. ‘It was my lucky break.’

The job turned out to be a crash-course in solving every possible tech problem a small business could face.

‘Between the ages of 19 and 24, I visited hundreds of businesses that had enquired about using technology, usually for the first time,’ he recalls. ‘They were embarking on their first ever PCs, moving from ledgers and typewriters to computer-generated invoices and spreadsheets. It meant I was in the trenches of the SME world for five years. I’m talking about businesses on trading estates in the middle of Scotland, where the sandwich van turns up at 10am and there’s rat poison on the floor. And it was an eclectic mix – a stonemasonry in Stirling, a finance company in Edinburgh, a bus company. They told me all their problems, and I explained how technology could overcome them.

‘It’s been a great foundation for my career. I became an accidental troubleshooter. I know the biggest problems that a bakery can have, and the optimal workflow for producing currant buns. Four to six different businesses a week, for five years. Solving problems isn’t an abstract concept for me – I know what works for small businesses and what doesn’t.’

He landed his next job with Pegasus, one of the first UK companies to launch accounting software for MS-DOS, as regional manager. The pace of technological change was beginning to accelerate, and Pegasus and Turner were determined to keep up.

‘The real wake-up call about the potential of technology came, for me, in 2000,’ he says. ‘The internet was going to have massive implications for the world of business, and I realised I had to relearn everything I understood about technology. I read a few books and educated myself about what the internet was likely to do and where it could go. I also started blogging about what it all might mean, and how the world might change.’ By 2003, the 33-year-old Turner was managing director of Pegasus, and increasingly convinced that cloud computing was the future of software.

When the parent company of Pegasus was acquired by a private equity business in 2006, Turner took the opportunity to look for the next challenge. ‘Working for Microsoft was on my career bucket-list, and not long after I left Pegasus they approached me.’ He joined the company in 2007 as group product director for Microsoft Dynamics, a set of enterprise resource planning and customer relationship management applications. ‘Working for them was amazing, I was in geek heaven. I even got an email from Bill Gates.’

The financial crisis, though, put a brake on innovation. ‘I knew that the game was up for traditional software and that a new generation of software was emerging. Perhaps it would have all come together in Microsoft, but by 2008 everything experimental was put on the back-burner. I got frustrated. I felt that cloud development was never going to happen at Microsoft.’

Xero was already on his radar but he had previously dismissed working for the company on the grounds that New Zealand was too far away. ‘That was clearly a mistake,’ he admits. ‘In the digital world, location doesn’t matter.’ But in 2009 he received a LinkedIn message from the company’s founder Rod Drury. ‘He said they wanted to start operating in the UK. I didn’t need to read the rest of the message, I was in.’

Leaving Microsoft for a startup with annual revenues of around £50,000 in 2009 and a headcount of three in the UK, he says, looked to his peers as ‘either very brave or very foolish’, but it is a decision that has paid off. ‘It wasn’t a punt,’ he says. ‘I knew SMEs well enough and had been in the business long enough. I was flattered to be asked and 100% convinced that it would be successful. I still feel like I’ve won first prize in a job competition.’

While the company was voted by Forbes magazine as the world’s most innovative growth company in 2014 and 2015, it still has a way to go before its financial results reflect the strength of its subscriber growth. In 2018 the company posted an after-tax loss of NZ$27.8m, although this was a marked improvement on the previous year’s loss of NZ$69.1m, and a positive EBITDA (earnings before interest, tax, depreciation and amortisation) of NZ$26m was recorded for the first time.

Turner remains convinced that Xero is in the right position to succeed in an aggressively competitive market. He says: ‘Xero was the right product at an amazing time of change. This job has called on every experience I’ve had during my career. It’s been a 20-year journey, and while the first 10 were cool, it wasn’t a computing revolution. This is the revolution. It’s only just beginning and it’s a privilege to have a front row seat.’

ACCA and Xero signed a partnership agreement in November 2018 at the World Congress of Accountants, highlighting the importance of the cloud-based economy to the accountancy profession.

The agreement aims to support ACCA members in preparing for the digital future, focusing on the digital skills for the next generation of accountants, including cloud-based accounting education. It should also enable members in small and medium-sized practices to gain access to business solutions and resources to help build their business and create value-added services.