How to succeed in the workplace if you're an introvert 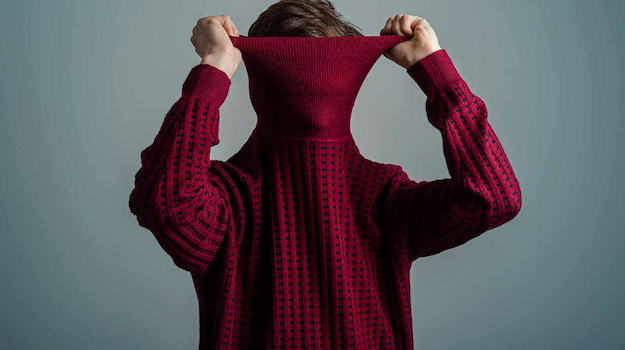 While it's true that extraverts tend to do better than introverts in the workplace, this certainly does not mean that introverts are doomed at work.

Extraversion is associated with a ‘small, persistent advantage at work,’ according to analyses conducted by researchers led by Michael Michael Wilmot at the University of Toronto Scarborough. For example, extraverts tend to get rated more highly during job interviews; they are also typically better at talking about their achievements and getting promoted.

If you are an introvert, you may just need to adopt slightly different tactics in order to succeed. Here are five pointers on how to thrive as an introvert in the workplace.

Extraverts tend to use slightly different words to introverts. A study conducted by psychologists at Nanyang Technological University, Singapore found that extraverts’ language tends to differ from that of introverts in two ways:

This research does not suggest that you should never use negative words or that you should eliminate entirely the word ‘I’ from your speech. However, consider deliberately using slightly more positive language, as well as a few more words that refer to social interactions with others to appear more positive, outgoing and memorable. For example, a fairly straightforward change would be to use ‘I’ less and to refer to ‘we’ a little more instead.

2. Focus on quality rather than quantity of contributions

Extraverts tend to speak more during meetings. However, this does not mean that introverts should simply aim to speak more.

Researchers Kyle Brykman at the University of Windsor and Jana Raver at Queen’s University have found that line managers tend to take more notice during meetings of good quality contributions rather than just a large quantity of contributions. In other words, making legitimately useful points will help you to make a stronger impact on your line manager than simply talking more for its own sake.

To get noticed for the right reasons, consider that useful contributions during workplace conversations tend to have up to four key characteristics:

3. Prepare in order to appear spontaneous

Introverts’ comments and ideas can often be as insightful as those of their more extraverted colleagues. However, it is often the case that introverts may be more reluctant to speak up.

Many introverts report that they feel more comfortable speaking up in meetings when they have had a chance to prepare written notes beforehand. For example, before attending a meeting – whether that’s just an informal meeting with colleagues or a formal meeting with clients – consider writing down notes in at least bullet point form to prompts such as:

In high-stakes meetings, consider also rehearsing what you want to say. For instance, if you know that you will be required to provide either a brief update or even a formal presentation, you may help yourself to feel and sound more confident by practising out loud.

4. Allow yourself time to recover

Researchers led by the University of Melbourne’s Rowan Jacques-Hamilton have investigated whether it really is possible for people to behave in a more extraverted way. In short, the psychological scientists found that participants in their experiment were indeed able to ‘act-extraverted’ when instructed to do so.

However, their data also showed that the more introverted participants reported feeling an increase in tiredness. They signalled stronger agreement with statements such as ‘At times I feel too tired to complete everyday activities [for example, housework, chores, study]’.

So, behaving in a more extraverted fashion has both benefits and costs. By changing your behaviour in the workplace, you may help yourself to make a stronger, more positive impact. However, you may also feel more tired.

As a result, think about consciously scheduling in more time to recover. That might be in your time outside of work or even during your lunchtime or other breaks while at work. You may wish to prioritise opportunities to engage in quieter pursuits such as reading, listening to music or meditation to ensure that you do not over-extend yourself.

5. Seek a path that plays to your strengths

Behaving in a more extraverted fashion may help you to get noticed and progress in your career more quickly in the short to medium-term. However, an alternative approach in the long run would be to seek work that plays to the natural strengths of being more introverted, rather than having to behave constantly in more extraverted ways. Personality scientists led by Dane Blevins at the University of Central Florida have identified several strengths linked to introversion including:

As you change jobs over the years and decades of your career, consider the likely demands of each role you take on. Will you need to continue behaving in a more extraverted fashion in order to succeed – or can you find work that increasingly allows you to be yourself and to play to your more natural strengths?

This article was first published in Student Accountant in June 2022