How to stick to your goals 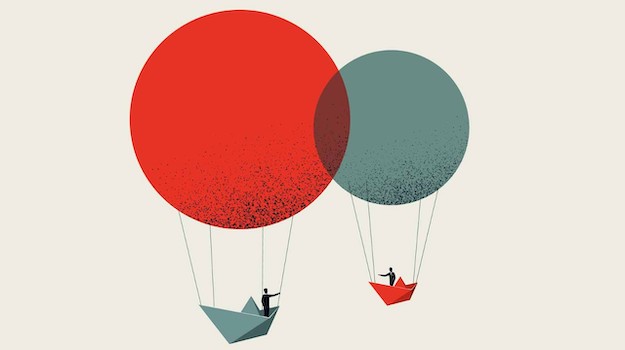 If you’re one of the millions of resolution-makers around the world, then there’s a good chance your resolve has wavered by now, or perhaps you’re breathing rarefied air among the 8% who achieve their goals.

‘While you need to aim high to get rewards and personal growth, break your goals down into milestones so that they don’t seem so daunting or difficult,’ he suggests. He also recommends creating goals that play to your strengths, particularly if you find change challenging. ‘Rather than thinking outside the box, why not extend your box? Leverage your strengths to build on what you do best.’

Keeping a written note of what you are hoping to achieve is helpful so you remind yourself of the reason for the resolution in the first place. And you may need to reassess what it is you are striving towards, particularly if you encounter a hiccup. ‘Successful people don’t stop at a single setback; they learn from the experience, refine the process and keep going,’ Kan adds.

So how do we really make 2022 the year of resolve and realised goals?

One method might be to drop resolutions altogether in favour of an alternative approach. Mallika Chopra, author and CEO at Chopra Global, finds changing habits difficult but has had success by focusing on micro-intents as opposed to loftier resolutions.

‘I think resolutions come from our mind – things we try to justify because we should do something – while intents come from our soul, that deep place inside of us when we ask ourselves: what do I really want?’ she says.

‘My shift to intentions versus resolutions has been to prioritise how I want to feel versus setting specific goals: for example, a shift from losing 10 pounds to feeling more energy every day; or instead of meditating daily – and feeling guilty if I don’t – to finding moments of peace.’

In practice, this means stating what you want to achieve or experience for just that day, then reflecting at night (and the following morning) on how you felt, emotionally and physically.

Similarly, but with the bigger picture of a resolution in mind, Gretchen Rubin, the New York Times bestselling author of Better than Before and The Happiness Project, recommends setting little targets you can monitor, while avoiding ones that are too vague or hard to measure.

‘Don't expect to be motivated by motivation,’ she says. ‘If you say something like “I want to read fiction for 30 minutes a day, I want to watch a classic movie every Sunday night, I want to spend at least an hour outside in nature every day”, these will help you get more fun out of life and you can monitor them,’ she says.

‘Two goals will be easy to remember and focus on,’ says early retirement coach and financial wellness speaker Dr Lakisha Simmons. ‘More than two can easily become overwhelming and get lost in the many other demands of life. To ensure you've chosen the two most impactful and meaningful goals, visualise how your life will be improved or better when you achieve the goals.’

On her way to her personal goal of early retirement, Simmons often experienced moments of self-doubt. ‘I was pursuing something that I didn't know was real,' she says, 'but I had developed enough self-discipline to stay the course because I really wanted the outcome. I wrote out my dream life, which described exactly how I wanted to live each day. Visualising the outcome helped me stay focused and I reached my goal way ahead of schedule.’

As much as visualisation can be a great motivator, don't get lost in the dream future as it can lead to a false sense of achievement. ‘You can resolve anything you want, but what are you going to do? What is the action? It’s simply much more helpful to focus on actions than outcomes because we don't control outcomes,’ says Rubin.

If you only work towards the ‘big goal’, it can quickly become overwhelming, distant and unrealistic, and therefore demotivating. Stay motivated, and avoid distraction and postponement by focusing on actions and milestones.

Support this by rewarding yourself frequently, as opposed to viewing the goal as the only reward. Rewards can be as simple as only listening to your favourite music while exercising, right up to a lavish holiday once you’ve reached a key milestone. But the rewards should be supportive of the main goal – for example, if you want to get healthier, don’t reward yourself with French fries.

Resolutions often stem from a desire to form a new habit, which is no mean feat and on average takes 66 days. So if you’re one of the many people who started the year with a 30-day challenge, what next? Is it simply all or nothing?

‘When you start dialling it back to make it more realistic, it feels like a compromise or a failure,' Rubin says. 'The 30-day challenge can trick you into a false intensity; it’s not sustainable. Be very realistic with yourself and consider how two days per week is better than no days. Maybe some weeks you can do more, some less, but you need to find what works for you, which involves experimentation.’

Find someone who will keep you accountable to your goals but be selective, recommends Kan. ‘Researchers say that sharing your goal with a higher-up does more than keep you accountable; it also makes you more motivated, simply because you care what this person thinks of you. For example, telling a mentor or manager about your hopes to get promoted could light a fire under you more than, say, a peer or friend.’