How to deal with a personality clash in the workplace 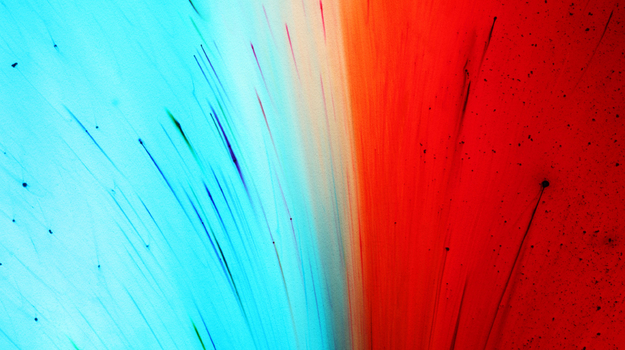 Romeo and Juliet may be one of the greatest love stories ever written but there was certainly no love lost on the set of the Baz Luhrmann’s 1996 movie between Clare Danes and Leonardo Dicaprio, who allegedly didn’t speak when the cameras weren’t rolling. And they are not alone as examples of co-stars who disliked each other.

From Kim Catrall and Sarah Jessica Parker to Marlon Brando and Sophia Loren, the film industry is peppered with warring co-stars who still managed to make multimillion earning films. And, after all, they weren’t being paid to like each other.

You won’t be paid to like your co-workers either, but the truth is that a personality clash in the workplace can have a negative impact on your health and wellbeing, your productivity, the morale of the entire office and, ultimately therefore, the success of the business.

A long time for bad feeling

Most of us spend about one third of our lives at our job, based on a 40-hour work week, which is a staggering 90,000 hours. That’s a lot of time to spend with someone you don’t get on with. Research by the Chartered Institute of Personnel and Development, Getting under the Skin of Workplace Conflict, has found that four in 10 people say they've had problems with their colleagues.

Steve Hindmarsh, whose company provides mediation training to resolve workplace conflicts, explains: ‘It is often the relationship rather than the job that can make or break a new place of work. A good relationship with your line manager is one of the main things that keeps people engaged, on board and driven.

‘Personality clashes can have a huge impact on mental health and productivity. The main risk is isolation. It is natural to retreat into protective behaviours of avoidance and distance. This leaves people unsupported and left to over reflect on things that have happened.’

Personality clashes are difficult for everyone – the individuals involved, colleagues, line managers and HR. Hindmarsh adds: ‘Personality clashes stand out in organisations, they form no-go zones. Reporting lines and communication channels bend to avoid them, listing heavily to stay clear of the tension or outbursts. Decisions take complex routes to bypass the toxic relationship. Corridors are avoided and careful paths woven through the minefield of tensions. Quick conversations turn into laborious email exchanges. Such difficulties can have distinct career-limiting impact.’

‘A small business owner is likely to want to clear the air straight away and talk to those involved. Problems often get nipped in the bud more quickly and more informally,’ he says.

Should you find yourself in a situation where your negative feelings towards a colleague are impacting your work and health, tempting though it may be to head straight for the formal grievance process, they are not necessarily the best way to sort out a personality clash. To do that effectively, you must first understand what makes us like or dislike another individual. Hindmarsh explains that it is often down to simply being different.

‘Despite our commitment to diversity, most of us, deep down, are insecure about differences,’ he says. ‘This gets magnified at times of stress, such as starting a new job or going through a restructure. We all have preferred ways of working, coping strategies and protective behaviours for stressful situations. When we encounter someone who does things differently, we don’t often celebrate this. We often take this difference as some form of criticism about our ways and methods. This includes a whole range of practical and interpersonal issues such as communication style, social preferences, needs around recognition and feedback.’

Hindmarsh suggests starting to address and improve the problem by taking a close look at our own assumptions.

‘We notice where we are different,’ he says, ‘and take for granted the larger set of similarities we share. We take our assumptions and add interpretations on top. There are many tools to profile style differences – these are great at depersonalising those differences. A good profiler will outline what you need in terms of interaction, communication and delegation. It will also cover what you don’t like and which style differences may antagonise and what the other person needs to do to get the best out of you.’

It may be that asking for training or a slight change in your role will address underlining issues that are causing tension between you and a colleague, so be open to everything.

Hindmarsh says that another option is talk about it: ‘Have a conversation about what you need from each other. In the workplace we over focus on the task or job, we rarely talk about what happens between us. Conversations about communication and interaction and what works for both can be surprising and liberating.’

Personality clashes can be broken down into component parts: interpersonal behaviours, communication preferences, management style, qualities (rapport, trust) and values. Understanding these differences requires some skill and unpicking the habits of assumption, interpretation and personalisation may benefit from getting a third party involved. This could be a trusted manager, third party facilitator or mediator. Ultimately, of course, and if all else fails, the HR department is there for a reason.

The key to improving any relationship – including our personal ones – is communication, so whatever you do, don’t ignore the problem because it will simply fester and become a much bigger issue in the future.