How to be an expert negotiator 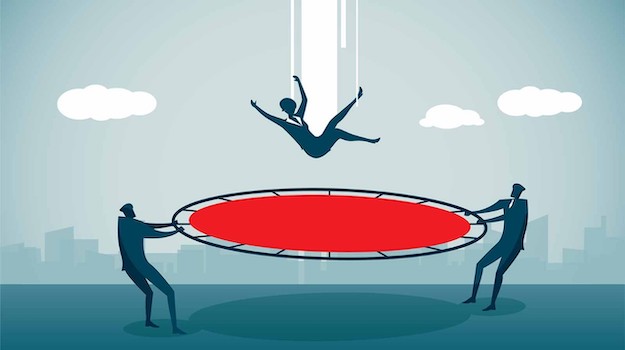 Before anyone will agree to anything, they have to trust the person they are talking with. Until that happens, no amount of nudging or persuasion is going to work. So how do skilled negotiators build trust? Let me show you four ways.

Replace statements with questions. When most negotiators try to convince another person, they often use fact-based statements. But the individual hearing those facts doesn’t always judge them on their own merits. Often we will interpret new information in a way that reinforces our existing beliefs, falling victim to confirmation bias.

More effective influencers replace fact-based statements with questions that lead listeners to come up with their own conclusions. Hundreds of scientific studies show we are persuaded by our own reasons rather than anyone else’s.

Questions that evoke curiosity are especially valuable when you need to win over a partisan opponent. A researcher at Yale University in the US, Dan Kahan, discovered that curiosity negates confirmation bias. He found ‘science-curious’ Republicans and Democrats were much more likely to change their minds over an issue such as global warming when the findings were presented as surprising and fresh.

Kahan’s findings show that when we become curious, we become persuadable. Our minds become receptive to new and surprising ideas.

Curiosity sparks when there is an information gap between what we know and what we want to know. Will Storr, an expert in the science of storytelling, writes: ‘Unexpected change makes us curious. Your mind is an amazing change-detecting machine. When you encounter something unexpected, your powers of attention switch on. You ask what’s happening.’

Apple’s Steve Jobs was a maestro at conjuring up curiosity. In his famous commencement address to the Stanford University class of 2005, he began: ‘I never graduated from college. Truth be told, this is the closest I’ve ever gotten to a college graduation. Today, I want to tell you three stories from my life. That’s it. No big deal. Just three stories.’

As you can imagine, the audience were sitting on the edge of their seats, all ears eager to hear the three stories.

A second compelling way to win trust is to frame proposals as empowering choices. Sheena Iyengar, an expert on the power of choice, believes the ability to choose is fundamental to our survival. ‘If fish gotta swim and birds gotta fly, humans gotta choose,’ she says.

When you frame a proposal as two or more choices, you hugely increase your chances of getting a yes. People really dislike being told what to do. So when you want someone to say yes to a request, it is not enough to just ask, you also have to tell them they have the right to say no.

When you present a proposal as two or more choices, the listener stops thinking about what is wrong with your proposal. Instead, they focus on which option is better or best for them.

The third compelling way is to create common ground. Every time Ukraine president Volodymyr Zelensky addresses another country’s legislature, he focuses on a point of commonality with what Ukraine is experiencing.

In March 2022, when he addressed British MPs virtually, he referenced Winston Churchill’s famous ‘We shall fight on the beaches’ speech of defiance during World War II by declaring: ‘We’ll fight in the forests, on the shores, in the streets.’ It was an extraordinary display of the power of ‘we’. In addition, information shared via stories is far more memorable.

The fourth and final starred method of winning trust is: listen to learn.

The best way to understand another person and build deep trust is simply to listen to them. Yet adults struggle to listen. A 2018 US study found patients get just 11 seconds to explain the reason for their visit before they are interrupted by their doctor.

Most of us listen selectively. We ‘hear the complaint but miss the chief concern’, says Helen Riess, empathy and relational science programme director at Massachusetts General Hospital.

Persuasive listening is more than hearing and comprehending words. It requires suspension of judgment. It is a process of ‘listening to learn’. When our listening shows we care about the other person and their goals, we establish respect and build trust.

This article was first published in AB magazine September 2022