How to be an effective leader 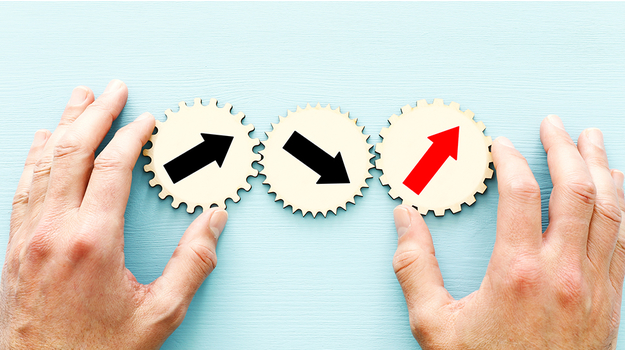 The good news is that nobody is born a good leader – some individuals may have more aptitude for it, but anyone can learn to lead. After all, leadership is merely a set of values and behaviours.

Having said that, it’s important to realise that leading an accountancy practice or finance team is not simply a matter of being more assertive than everyone else. As motivational speaker Rob Moore says: ‘Being assertive is valuable when faced with hard decisions that perhaps others don’t have the conviction or position to make. But, that aside, using assertion or influence is often the trait of a dictator and not a leader.’

A leader should encourage, support and develop other leaders, not exercise power over others, adds Moore: ‘When a person uses “position leverage” as a leadership trait, they actually lose all the power because those being influenced are doing tasks or projects against their will. This can builds resentment.’

So start developing and refining your management and leadership skills from the very start of your finance career, says Lee Owen, director at Hays Accountancy and Finance. And make sure your efforts in this direction get noticed.

‘Showing your passion for the industry on a day-to-day basis, demonstrating good time management skills, being inquisitive and developing good relationships with senior management are just a few ways you can showcase that you have the qualities of a good leader,’ adds Owen.

As for bad leaders, we’ve probably all experienced one or two in our time, so learn from their mistakes.

‘A lot of leaders feel the need to micro-manage and this is a major mistake,’ warns James Dyble, managing director of Global Sound Group. ‘You must have confidence in your team and their actions, so don’t restrict people of their voice and allow them to communicate freely without taking offence as a leader.’

‘You must have confidence in your team and their actions, so don’t restrict people of their voice and allow them to communicate freely without taking offence as a leader’

And don’t bark orders in a disguise of decisiveness, warns Moore.

‘You should be allowing others to take the lead and own their projects,’ he says. ‘Don’t stand at the front taking all the glory, but instead give responsibility and praise to the team.’ In fact, Moore goes so far as to challenge the phrase ‘leading from the front’: ‘Leadership isn’t necessarily a front position – developing and elevating other leaders is the true trait of a great leader.’

Jayson Darby, head of psychology at Thomas International, gives a veritable litany of common behaviours that derail leaders. These range from arrogance, excessive caution, habitual distrust by automatically assuming the worst in situations, aloofness and perfectionism to the point where they obsess over the smallest of details.

‘Minor manifestations of these behaviours can be beneficial in certain situations, but excessive levels can really impact business performance and employee engagement,’ he says.

The important thing is to recognise your weaknesses as a leader and work on them. Acknowledge where you’ve fallen short, says leadership expert Victoria Morgan.

‘For example, if you’ve directed your team on a specific task and the right strategies were not implemented, you cannot blame the team for the lack of success – you have to own up to your mistake,’ she says.

‘Let them know you were wrong, but motivate them to be more diligent. That way you acknowledge your failure, without undermining your position as a leader.’

Always acknowledge the mistake or inability, learn from it and move on.