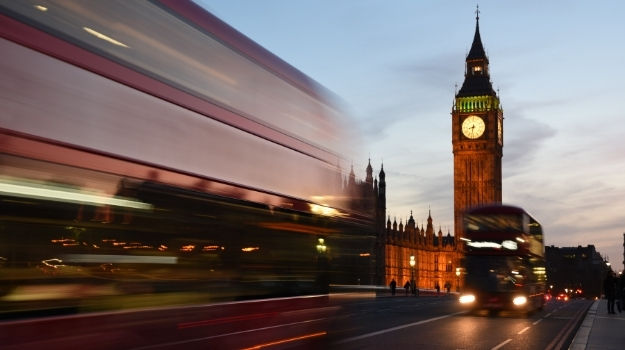 Strong remuneration packages, supportive employers, large operations and the chance to make a real difference all mean the public sector is a great career option for experienced accountants

Finance staff within the public sector are no longer the lonely number crunchers of the past: rather they are key players at the centre of operations. Hiring mid- to senior-level talent with diverse experience is therefore crucial to an organisation’s success. So how can public sector employers lure these highly skilled accountants into their midst?

Pay is often cited as a recruitment challenge. But for forensic accountant Claire Jenkins, who is chair of ACCA’s Public Sector Network, once you’ve added up all the elements of the package – such as annual leave and pension scheme – then there is little difference between the two sectors’ in terms of remuneration.

Jenkins, who switched from the private sector seven years ago, adds that job security was a big factor in her decision to join the public sector. “While the money was great, it was a rolling contract and I wasn't comfortable with that,” she explains. “I decided it was far better to have a full-time job that was a permanent role.”

But getting the message about the benefits which the public sector offers – from flexible working to perks such as on-site gyms – to candidates at the recruitment phase can be tough, says Jenkins. “Some may look at some of the adverts, what they're asking for, look at the money and get a little bit worried,” she says. “I do think it's an issue in the first instance because a lot of the stuff that we offer, it's brilliant, but you don't appreciate it until you're in.”

But the benefits offered in many public sector roles make it a particularly attractive place for parents, says Anthony Harbinson, director of access to justice at Northern Ireland’s Department of Justice. Not only is maternity and paternity leave/pay often more generous, he says, but other arrangements – such as reduced and compressed hours to help employers juggle work and childcare – are also available.

One of the biggest perks which his department offers is a career break with the option to return to the job after up to five years. One of his team recently left to travel the world for two years with his wife. His job is safe, waiting for him when he comes back, Harbinson says.

“That's the beauty of being a public sector accountant. It's not just the money, it's not just the salary,” he adds. “Yes, there's certain places that will pay more, but it's the whole package of benefits and opportunities.

“What happens when you need help? When you need the career break, to become a carer looking after someone who's ill and you need to take that time away, or if you get sick yourself, or you want to raise a family, or you want to try a new direction, but not burn every bridge on the way? All of those things, by and large, the public sector will help you facilitate and that is much better than the comparable opportunities in the private sector."

The chance to work on projects which are of public benefit is also a big draw for private sector professionals. Indeed, ACCA’s Generation Next report showed the opportunity to be involved in interesting work was a key factor in 51% of accountants when choosing an employer.

Professionals who may be more altruistic naturally gravitate towards the public sector, says Martin Turner, a past president of ACCA and a current member of its Public Sector Global Forum. “There has to be job satisfaction,” he says. “So that when you are there working for whatever period of time you’re employed, that is it is satisfying, and that you are seen to contribute and make a difference.”

If you've gone in to make a difference, he adds, then you want to be able to see the impact of your work and not feel you are stuck on the sidelines, enabling everybody else to do that. And that’s the kind of positive boost which a financial role in the public sector can offer – something which is also key to retention.

He adds that the perception that of public sector roles as dead-end jobs with few opportunities for career progression is outdated. The career paths are there and if people want to move up into general management - or indeed across into other departments - the opportunities are much greater than they were.

A lot of professionals from private firms are attracted to the public sector because of the opportunity to work on projects with large budgets, says Harbinson. Some departments have billion-pound budgets, which few private sector companies can offer.

Importantly, however, it’s what public sector organisations do with that money that matters and that’s the message we need to get across to potential recruits.