How learning a second language can increase your employability 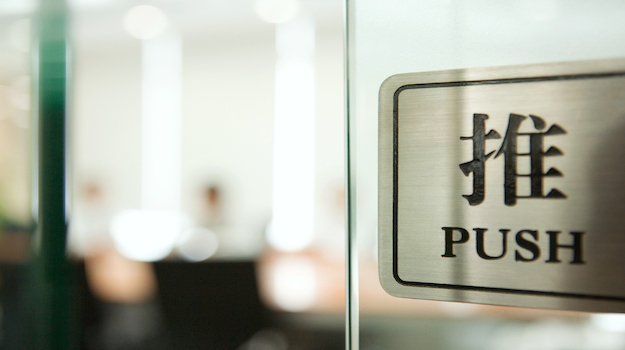 There are other reasons why investing in developing second language skills should become your priority too.

Working in a world without borders

‘With more businesses going global, employers are actively seeking multi-lingual accountants to get them involved in their international marketing campaigns,’ says ACCA affiliate Muhong He. She’s fluent in Mandarin and head of China desk at London-based accountancy firm Grunberg & Co.

You could actually be crucial in helping your organisation connect to and unlock a new market in another part of the world. Muhong He, for example, has played an important role in her firm’s expansion into China.

Relocating to live and work overseas is also an exciting option if you speak another language – you could request a transfer (or a secondment) to a regional office if you already work for a multi-national, or look for a completely new opportunity via an overseas recruitment agency.

On an individual level, it’s simply much easier to connect with someone when you speak their mother tongue.

Muhong He says: ‘Speaking a client’s language gives a great first impression and opens up deeper conversations. And if there’s no language barrier, it makes it easier for them to understand technical points too.’

Mariah Tompkins, director of WKM Accountancy Services in, Derbyshire, UK, speaks Swahili to her Swahili-speaking clients: ‘I speak to them in the language they feel most comfortable with. I’ve had many referrals based on the fact that a potential client actually requires an accountant who can speak Swahili.’

‘This helps you appreciate how they operate, so you will find it easier and quicker to build a good working relationship,’ says Muhong He.

Appealing to smaller employers at home

You don’t have to work for a large or an overseas organisation to reap the benefits of speaking a second language. Small companies also need bi- or multi-lingual people who can help them venture into foreign markets.

‘The internet has made it easier for businesses of all sizes to trade internationally,’ points out Cris Medori, tax director at accountancy firm Wilson Wright. He speaks English, French, Italian, Portuguese and Spanish.

Boutique firms are also looking for accountants who can speak another language in addition to English.

Medor says: ‘These firms either trade on providing high levels of personal service or a particular niche specialism. They now attract clients who would previously have turned to bigger firms with a strong international outlook.’

Family offices (private wealth management advisory firms that serve ultra-high-net-worth, and often non-English speaking, investors) are only one example of such firms.

Learning a language improves other skills

Even if a job doesn’t require you to speak another language, becoming bilingual can definitely boost your career.

In fact, you could almost bet on this: if two equally experienced candidates apply for the same job (that doesn’t require the knowledge of another language), and if only one of them speaks (for example) Italian, it is the Italian-speaking candidate who will get the job.

Why? Because research shows that people who’ve received second language instruction have at the same time also developed other skills that are very attractive to employers looking to hire a competent candidate.

They are more creative and better at solving problems than their monolingual counterparts, and better at planning and prioritising. They tend to find it easier to build relationships because opening up to another culture has made them more flexible and appreciative of other people’s opinions and viewpoints.

Learning a new language also makes you a better listener and improves your first language because you become more aware of how you use it.

Speaking more than one language gives you a sharper mind too. Your brain continually works out as it makes sense of words and phrases and as it endeavours to communicate, especially when switching between languages.

It gives your memory a good workout too, as you recall and apply what you have learnt.

All of this means that, if you are bilingual, you are more likely to succeed professionally.

‘I can honestly say that having linguistic expertise has helped me grow the business to where it is now, and many of the clients I work with value my second language and wider interpersonal skills as much as my accounting expertise,’ says Tompkins.

Which language should you learn?

As with most things, it depends on what you intend to do career-wise. However, it’s worth noting that German, French, Spanish and Mandarin are consistently cited as the most popular languages used to communicate within international business.

German is the most widely spoken language in Europe, France and French-speakers are key players within the eurozone, and Spanish is definitely a good choice if you want to work in the Americas (it’s the second-most commonly spoken language after English in the US).

China is now the world’s largest economy and companies all over the world are constantly on the lookout for fluent speakers of Mandarin as a second language. Mandarin is often considered particularly difficult to learn, so proficiency in this language is also bound to catch the eye of any other employer.

But you do not always have to be fluent in another language to boost your employability.

‘Trying to learn a second language can be a challenge, especially with all your other commitments, but remember that even a rudimentary understanding of another language can be useful,’ says Muhong He.

That’s all that is really required to break the ice with international contacts. You can then progress on to having conversational competency, and so on.

There are lots of resources to help you learn, including free resources available online. Why not try apps like Babbel or its free cousin, Duolingo?