Have performance appraisals had their day? 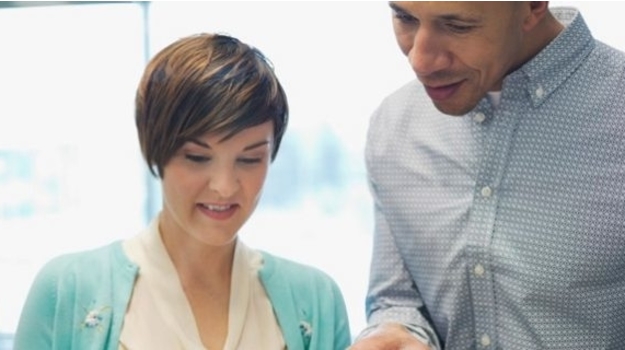 Performance appraisal in the workplace has utilitarian roots. It began as a way to determine salary – a pay cut or pay rise resting on the assessment of the supervisor. By the 1990s, it was a rare company that didn’t have an annual or bi-annual review process in its HR toolkit.

No one ever looked forward to appraisal season, but it took millennials (those born between 1982 and 2004, also known as Generation Y) to bring about change and force employers to move away from the annual rhythm. And, argues Anne Donovan, human capital leader at PwC in the US, pleasing this cohort is critical, as millennials make up the bulk of the workforce and will leave if their needs aren’t met.

Various studies have picked fault with the annual or bi-annual review processes, which are painted as administration-heavy and of little value anyway. New research by CEB, a US-based best practice insight and technology company, puts PwC and Deloitte among the 6% of US Fortune 500 companies to have already re-engineered how they review individual performance. Microsoft, Adobe, Cargill, Accenture and GE are cited as others to have ditched the old way, which CEB describes as an ‘irrelevant’ process costing millions in lost productivity each year. Far better, CEB says, for organisations to focus on conversations, not scores, to improve productivity and motivate employees.

‘They want the love, they want flexibility, and they want to know they are on good teams’

Old-style ‘up or out’

Brian Kropp, HR practice leader at CEB, says: ‘Rankings and scores were popular in the 1990s because they supported a tougher, more pervasive “up or out” corporate mentality. Today, businesses are embracing cultures that foster greater collaboration and communication. In this new work environment, companies need to think about the implications that scores and rankings have on their workforce, as many view them as disruptive and creating a barrier between employees and managers.’

Companies that want to realise value from their performance appraisal investments, he adds, should make a more concerted effort to create a climate ‘where performance feedback isn’t given once a year, it’s constant’.

PwC came to that conclusion several years ago, as Donovan explains. ‘We began to wonder why our younger people didn’t seem to be motivated by the same things that motivated the generations before them. Why didn’t they want to work in the same way? In the accounting and professional services industry, it has long been assumed that fair pay, a stable upward career path, a chance of financial security and the prestige of partnership would be enough to attract and retain bright young talent. However, we started to find that this was no longer the case.’

PwC’s research was collated into a white paper that argues that, when done correctly, effective performance management programmes can deliver significant, tangible benefits, including better productivity and project completion rates, and – equally importantly – a 13% fall in staff turnover. So the firm started to make changes. A constant feedback pilot programme was launched in the US in September 2014 and will be rolled out to PwC networks globally.

Donovan likens the new approach to the way a coach would engage with a football team. ‘You don’t wait till the end of the season to give a player feedback: you tell them when they come off the field.’ This approach resonates with millennials, who make up almost 80% of PwC’s workforce. ‘They want the love, they want flexibility, and they want to know they are on good teams,’ she says. ‘Now it’s more a case of “you come off the field, we tell you how you did”.’

Frequent pats on the back build up a trust, which makes it easier for a staff member to accept constructive criticism, when necessary, Donovan says. And even though the feedback is constant – given every day, on every project, for every meeting – it’s less time-consuming in total, she argues. ‘Once everyone becomes comfortable, instant feedback is quicker and more relevant. There’s not the preparation required because it’s fresh. We compared that to the dread of the semi-annual process, where the working up of what you’re going to write, the reading of it and the discussions about it are much more time-consuming.’

An annual review remains, though. Donovan explains: ‘We are in business. We have to decide who moves forward, and what raises to give.’ However, the number and length of forms have been reduced, and the stress factor is removed from encounters because there are no more surprises. ‘It makes the annual conversation much better,’ she says.

Millennials may love it, but Donovan concedes she has to keep reminding Generation X employees (those born between the early 1960s to the early 1980s) why it is happening. ‘It’s not in Gen X’s nature to need this kind of feedback necessarily, or to understand why they have to give it. With culture change, you have to keep driving it.’

Alec Bashinsky, chief HR officer at Deloitte, is running and ‘reinventing’ the firm’s performance management project globally; currently he is piloting it in seven countries. He says the old way is no longer appropriate; millennials want more regular feedback, and social media enables it.

Bashinsky says: ‘Our new framework is based around having regular check-ins – not a performance review, which is employer-generated – with no forms, but a five to 15-minute conversation between the employee and their people leaders (who have been trained in coaching skills). Our data shows the more regular check-ins, the higher the employee engagement.’

KPMG is reportedly still evaluating its approach to performance management globally, while piloting a more collaborative style in India. Individual businesses in the firm will now ‘own’ and implement their rating distribution, to provide more flexibility in the way they recognise and drive performance within their teams, says Vidya Mohan, associate director – brand, marketing and communications at KPMG India.

Even global giant GE – whose one-time CEO Jack Welch is credited with implementing a widely copied system of annual performance reviews known as the ‘vitality curve’, which locked managers into a prescribed distribution of scores – is moving with the times. By the end of 2016, it says, the company will have replaced its legacy employee management system with a new approach based on continuous dialogue and shared accountability. A pilot conducted in one division helped drive a five-fold increase in productivity in 12 months, the company says.

With the new system, regular, informal ‘touchpoints’ – supported by a smartphone app – facilitate frequent, meaningful conversations between managers and employees, and among teams. A summary conversation between the employee and their manager still takes place at the end of the year, and, as before, drives decisions on compensation, promotion and development.

However, Alastair Woods, director in PwC UK’s reward team, says there is no one-size-fits-all approach. While getting rid of year-end performance ratings might be the right answer for some, it is how performance management is carried out that really counts. He says: ‘Organisations should be focusing greater attention on equipping managers with the appropriate skills to deliver effective and motivational performance conversations on an ongoing basis, and creating a culture where employees can grow and develop.

‘Companies need to be careful not to throw the baby out with the bathwater. Without the year-end rating, the danger is that the distribution of pay and bonuses can become even more of a dark art, as shadow systems evolve without proper governance and infrastructure behind them.’

After surveying 100 UK-headquartered organisations and 1,000 employees this year, PwC UK’s research shows that, when done well, with a balance between rewarding past performance and considering future development needs, performance conversations ‘can really motivate employees’, according to Woods. ‘And many employees appreciate the clarity that an effective formal assessment provides.’

How to go about it

Change the nature of performance conversations. Stop reserving performance assessments for scheduled times or checkpoints. Instead, teach managers how to give continuous feedback to improve employee productivity and reinforce goals and expectations.

Make review conversations about the future. Use examples of past performance to help employees understand how to improve their productivity moving forward, rather than looking backwards to highlight successes or failures over the past year.

Construct a holistic account of employee performance. Gather feedback from a variety of sources (peers, co-workers, customers) to get a true picture of an employee’s contributions. This is especially important now that employees collaborate more often with more people, and the depth of their contributions may not be as readily apparent.