From blamer to doer 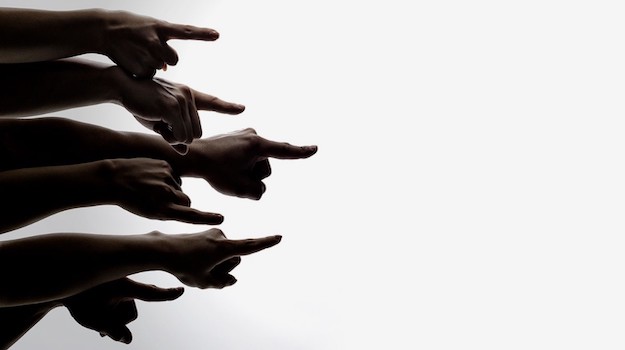 Picture this. You’ve had a great meeting and everyone leaves clear about what they need to do to achieve the next milestone in the project; spirits are high. But a week later, you’ve still not received the data from your colleague that you need to finish your part of the report. You have emailed, called and all to no avail. To start with you were sympathetic when she said her workload meant she had to prioritise a different task. But next she used technology as the excuse – the system had apparently crashed again. Now you are running out of patience, and the way she is blaming everyone and everything else is starting to niggle.

A colleague or team member who doesn’t deliver on what they’ve promised or been tasked to do is frustrating for those around them, slows down the work of the team, and ultimately starts to infect the culture of the department or organisation. It suggests that it’s OK for people not to be accountable for their deliverables, which then diminishes the power of performance management as a lever for organisational success.

What can you do?

The starting point for change is how one individual behaves with another individual – the micro building blocks of ‘how we do things around here’. So what role can you play in holding someone else – a colleague, or a team member, or even yourself – to account to make sure they deliver what they’re responsible for?

The answer is a combination of two factors: first, shifting the individual’s mindset from victim to owner; and second, taking a series of steps to deal with the problem that (after the mindset shift has been achieved) they now acknowledge they own.

Let’s start with the change of mindset – our psychological response based on personal beliefs created over time. People who often blame others or events or things beyond their control fall into the ‘victim trap’. Often fuelled by anxiety or an overfocus on problems rather than solutions, they tend to live in a world where they create drama to avoid responsibility. They look to others to ‘rescue’ them or solve their issue for them.

To coach them out of being a victim and into being an owner requires both carrot and stick. The stick comes in the form of holding up a mirror to their behaviour, stating clearly how you’re experiencing it, and pointing out that the behaviour follows a clear pattern which you (and perhaps others if that’s relevant) have witnessed. Faced with specific dates and actions, it’s hard for the ‘victim’ to ignore the fact that they excuse and blame on a regular basis.

The carrot part of mindset shift requires building the other person’s confidence to show them what’s possible and that they can be the shaper of their own destiny. Overall, this mindset shift is about looking for outcomes (rather than problems) and helping the other person acknowledge and commit to trying some new things. Once they are willing, you can move on from mindset to the second element – practical skills and steps.

The first of these practical skills and steps is to find a solution together, which often requires another healthy dose of coaching on your part. As the coach to a colleague or team member, your role is not just to brainstorm options with them but also to get them to think through the benefits, the downsides and the consequences of each possible option.

Using both open and closed questions, encourage the other person to think through the options, and resist the temptation to get drawn into doing it on their behalf. Don’t forget they may want you to rescue them with a solution that they can then blame if it doesn’t work! They may quite unconsciously pull you into being the rescuer, but you need to see the trap and avoid it.

Once your colleague or team member has chosen a course of action, the final practical piece is to have them commit to the very first action they need to take – be it phone call, email or task – to move forward. Once that first step is taken, the rest of the plan is more likely to fall into place and get done.

So the next time a colleague or team member starts to blame someone or something else for not having delivered what they signed up to do, you should hear an alarm bell ringing. Remember to spot the pattern for what it really is, and help them shift from problem-seeker to problem-owner by acknowledging that reality. Then brainstorm the options, making sure the very first step is defined and committed to.

Accountable for delivering that task? ‘Yes, that’s me, and here’s what I’m going to do about it.’ Music to the ears.

Alison Young is a director at consultancy Leaders in Change

This article was first published in Accounting and Business magazine