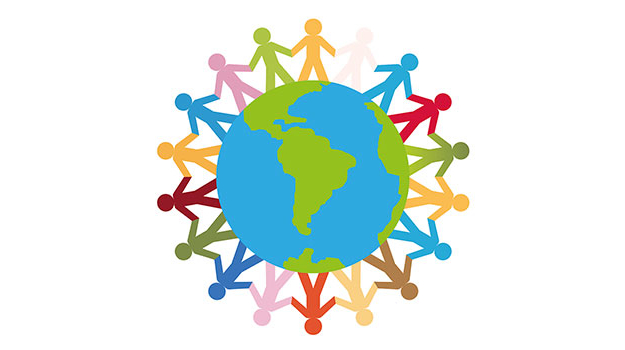 In this article, two of the main decision-making frameworks from the SBL Study Guide are examined. In particular, this article clearly explains the two frameworks mentioned in Study Guide Section A3 – namely the American Accounting Association (AAA) model, and Tucker’s 5-question model. In each case, we start with an explanation of the model before showing how it might be used in a case situation.

The American Accounting Association (AAA) model comes from a report for the AAA written by Langenderfer and Rockness in 1990. In the report, they suggest a logical, seven-step process for decision making, which takes ethical issues into account.

The model begins, at Step 1, by establishing the facts of the case. While perhaps obvious, this step means that when the decision-making process starts, there is no ambiguity about what is under consideration. Step 2 is to identify the ethical issues in the case. This involves examining the facts of the case and asking what ethical issues are at stake. The third step is an identification of the norms, principles, and values related to the case. This involves placing the decision in its social, ethical, and, in some cases, professional behaviour context. In this last context, professional codes of ethics or the social expectations of the profession are taken to be the norms, principles, and values. For example, if stock market rules are involved in the decision, then these will be a relevant factor to consider in this step.

In the fourth step, each alternative course of action is identified. This involves stating each one, without consideration of the norms, principles, and values identified in Step 3, in order to ensure that each outcome is considered, however appropriate or inappropriate that outcome might be.

Then, in Step 5, the norms, principles, and values identified in Step 3 are overlaid on to the options identified in Step 4. When this is done, it should be possible to see which options accord with the norms and which do not. In Step 6, the consequences of the outcomes are considered. Again, the purpose of the model is to make the implications of each outcome unambiguous so that the final decision is made in full knowledge and recognition of each one. Finally, in Step 7, the decision is taken.

Scenario for the AAA model
An auditor uncovers an irregular cash payment and receives an unsatisfactory explanation for it from the client’s finance director. He suspects the cash payment is a bribe paid to someone but can’t prove it. The client then offers to pay the auditor a large amount of money if he pretends not to have noticed the payment. The amount of money offered by the client is large enough to make a significant difference to the auditor’s wealth. Should the auditor take the money?

Step 1: What are the facts of the case?
The facts are that the auditor has uncovered what he believes to be a bribe and has, in turn, been offered a bribe to ignore or overlook it.

Step 2: What are the ethical issues in the case?
The ethical issue is whether or not an auditor should accept a bribe. In accepting the bribe he would be acting illegally and would also be negligent of his professional duties.

Step 3: What are the norms, principles, and values related to the case?
The norms, principles, and values are that auditors are assumed (by shareholders and others active in capital markets) to have impeccable integrity and to assure that the company is providing a ‘true and fair view’ of its financial situation at the time of the audit. Auditors are entrusted with the task of assuring a company’s financial accounts and anything that prevents this or interferes with an auditor’s objectivity is a failure of the auditor’s duty to shareholders.

Step 4: What are the alternative courses of action?
Option 1 is to accept the bribe and ignore the irregular cash payment. Option 2 is to refuse the bribe and take appropriate actions accordingly.

Step 6: What are the consequences of each possible course of action?
Under Option 1, the auditor would accept the bribe. He would enjoy the increase in wealth and presumably an increase in his standard of living but he would expose himself to the risk of being in both professional and legal trouble if his acceptance of the bribe was ever uncovered. He would have to ‘live with himself’ knowing that he had taken a bribe and would be in debt to the client, knowing that the client could expose him at any time.

Under Option 2, the auditor would refuse the bribe. This would be likely to have a number of unfortunate consequences for the client and possibly for the future of the client–auditor relationship. It would, however, maintain and enhance the reputation and social standing of auditors, maintain public confidence in audit, and serve the best interests of the shareholders.

Step 7: What is the decision?
The ethical decision is Option 2. The auditor should refuse the bribe.

This model is conceptually slightly different from the AAA model but is nevertheless a powerful tool for determining the most ethical outcome in a given situation. It might be the case that not all of Tucker’s criteria are relevant to every ethical decision. If it were used when considering the AAA model scenario above, for example, there is no indication of the environmental relevance of the auditor’s decision. In addition, the reference to profitability means that this model is often more useful for examining corporate rather than professional or individual situations.

Applying Tucker’s model requires a little more thought than when using the AAA model in some situations, however. This is because three of the five questions (profitable, fair, and right) can only be answered by referring to other things. So when the model asks, ‘is it profitable?’, it is reasonable to ask, ‘compared to what?’ ‘Similarly, whether an option is ‘fair’ depends on whose perspective is being adopted. This might involve a consideration of the stakeholders involved in the decision and the effects on them. Whether an option is ‘right’ depends on the ethical position adopted. A deontological perspective may well arrive at a different answer than a teleological perspective, for example. In order to see how Tucker’s model might work in practice, we will consider two decision scenarios, one fairly clear cut and one that is a little more complicated.

Tucker: Scenario 1
Big Company is planning to build a new factory in a developing country. Analysis shows that the new factory investment will be more profitable than alternatives because of the cheaper labour and land costs. The government of the developing country has helped the company with its legal compliance, which is now fully complete, and the local population is anxiously waiting for the jobs which will, in turn, bring much needed economic growth to the developing country. The factory is to be built on reclaimed ‘brownfield’ land and will produce a lower unit rate of environmental emissions than a previous technology.

Is it profitable?
Yes. The investment will enable the company to make a superior return than the alternatives. The case explains that these are ‘because of the cheaper labour and land costs’.

Is it legal?
Yes. The government of the developing country, presumably very keen to attract the investment, has helped the company with its legal issues.

Is it fair?
As far as we can tell, yes. The only stakeholder mentioned in the scenario is the workforce of the developing country who, we are told, is ‘anxiously waiting’ for the jobs. The scenario does not mention any stakeholders adversely affected by the investment.

Is it right?
Yes. The scenario explains that the factory will help the developing country with ‘much needed economic growth’, and no counter - arguments are given.

Is it sustainable or environmentally sound?
Yes. The scenario specifically mentions an environmental advantage from the investment. So in this especially simplified case, the decision is clear as it passes each decision criteria in the 5-question model. In more complex situations, it is likely to be a much more finely balanced decision.

Tucker: Scenario 2
Some more information has emerged about Big Company’s new factory in the developing country. The ‘brownfield’ land that the factory is to be built on has been forcefully requisitioned from a community (the ‘Poor Community’) considered as ‘second class citizens’ by the government of the developing country. The Poor Community occupied the land as a slum and now has nowhere to live.

Is it profitable? Yes.
The same arguments apply as before.

Is it legal?
It appears that the government of the developing country has no effective laws to prevent the forced displacement of the Poor Community and may be complicit in the forced removal. While the investment may not be technically illegal, it appears that the legal structures in the host country are not particularly robust and are capable of what amounts to the oppression of the Poor Community.

Is it fair?
While the issue of the much needed employment remains important, it must be borne in mind that the jobs are provided at the cost of the Poor Community’s homes. This apparent unfairness to the Poor Community is a relevant factor in this question. The answer to ‘is it fair?’ will depend on the decision maker’s views of the conflicting rights of the parties involved.

Is it right?
The new information invites the decision maker to make an ethical assessment of the rights of the Poor Community against the economic benefits of the investment. Other information might be sought to help to make this assessment including, for example, the legality of the Poor Community’s occupation of the site, and options for rehousing them once construction on the site has begun.

Is it sustainable or environmentally sound?
Yes. The same arguments apply as before.

Using these models – in summary

In the exam, candidates may be asked to assess or evaluate a situation such as one of the above scenarios in order to evaluate and may decide to use one of these models as an effective way of justifying their decision. Although some marks will be available for remembering the questions in the model used, the majority of marks will be assigned for its application. If the situation is relatively complex, exam answers should reflect that complexity, showing, for example, the arguments for and against a given question in the model and also showing this in the final decision. In most situations, the models can be used as a basis for identifying the factors that need to be addressed. In only the most clear-cut cases, or when the case provides a minimum of information, will the decision be straightforward.

In summary, these two models can be used to ensure that ethical considerations are included when making important leadership type decisions.

Both models contain distinct steps or questions that encourage the decision maker to recognise the ethical issues in a decision. The AAA model invites the decision maker to explicitly outline their norms, principles, and values, while Tucker’s model allows for discussion and debate over conflicting claims (eg between different beliefs of what is ‘fair’ and ‘right’). Both are potentially useful to senior decision makers and hence their inclusion as an important part of the SBL Study Guide.