Determination and a dream 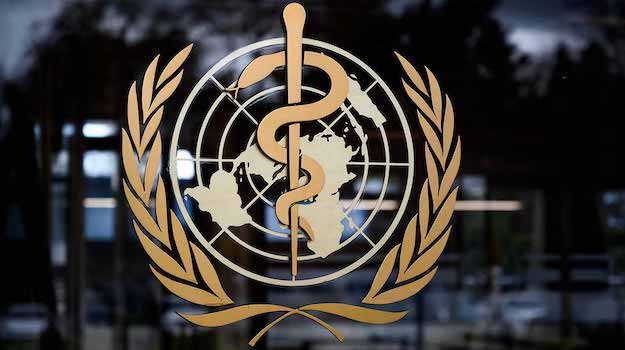 The star-shaped glass and steel complex that houses the World Health Organization’s (WHO) regional office for Europe in Denmark’s capital Copenhagen is a far cry from the bustling town in south-eastern Nigeria where Enyinnaya Nwaka FCCA grew up.

As a finance assistant with the organisation, Nwaka is part of a team that oversees the finances of WHO Europe’s 53 country offices. He is also fulfilling a youthful ambition inspired by a short stint as a volunteer for the WHO-led Global Polio Eradication Initiative in his teens.

He recalls a Nigerian grandmother whose son had been crippled by polio as a child being overcome with gratitude to see her three grandchildren vaccinated. ‘That made an impression on me,’ he says. ‘I thought to myself that I would like to work with people who have this kind of impact on human lives.’

The youngest of 10 children in a large Nigerian family and ‘mathematically inclined’, Nwaka earned a degree in accounting at the University of Nigeria in 2005. He learned about ACCA while an undergraduate. One of his professors told him: ‘If you want to work in an international organisation, you need to do ACCA.’ It was advice that stayed with him.

After graduating, he took a job at an Abuja construction company as a trainee accountant, but something was missing. After four years, he moved to the UK where he enrolled for an MBA at the University of Wales in Cardiff and subsequently began his ACCA studies. ‘Of course, the MBA was tough,’ he admits, ‘but not in comparison to ACCA.’

After finishing, and with an eye to working for an international organisation, he applied for the Danish work permit scheme, before returning to Nigeria. Once back in Nigeria, although eager to reconnect with the place he had grown up in, he found readjusting hard, ‘I found I had lost a lot of connections,’ he says. ‘My network had literally disappeared and I struggled to secure a job.’

A leap in the dark

Then out of the blue his Danish green card was granted. Despite having neither a job offer nor a network in the country, in 2016 he decided to emigrate to Denmark.

He describes the experience as one of the toughest in his life. ‘It was hard to gain traction in the Danish job market as I didn’t speak the language. But I looked at myself and said, I’m an ACCA. I know what I went through to get the qualification. I can’t just lose hope.’

It was then that Nwaka came across Rhonda Best FCCA, who was serving as a member of ACCA’s Council at the time. He recalls: ‘I found Rhonda on LinkedIn and wrote her an unsolicited mail, explaining my plight in Denmark, that I was struggling to secure a job in the profession or even get an interview. She gave me hope when I needed it most, and became much more than a mentor. She kept encouraging me, reminding me that if I kept on going, I would be successful.’

In 2017, he landed his first Danish job – as a manual labourer at a marine construction company. They quickly realised there was more than muscle to the young Nigerian and made him business development officer.

He continued to apply for jobs at Copenhagen’s UN City, which is home to 11 UN agencies, including WHO. In 2018, he was finally offered an interview for the finance assistant position at WHO. He says: ‘I was so excited. There and then, I resolved that nothing was going to stop me from getting this job.’

Pride in the job

And get it he did. ‘It was one of the happiest days I can remember,’ he says. ‘The WHO vision – the belief that everyone deserves access to health irrespective of their social or financial status – is something to be proud of.’

Nwaka remains steadfastly optimistic. While he would love to become more involved in WHO field operations, he finds great satisfaction in his day-to-day work.

He is unequivocal about the value of ACCA and the part it has played in his journey. ‘When you study ACCA, it not only gives you the technical knowledge but also mental strength. It boosts your discipline and gives you confidence.’

Looking ahead, he hopes to help expand ACCA’s footprint in Scandinavia, considering himself living proof that there is plenty of opportunity for growth in the region. ‘I would love to make ACCA more prominent in Scandinavia, to help other people who find themselves in a situation like mine,’ he says.

He has never forgotten his original inspiration, though. ‘I think of that Nigerian grandmother often. It brings me back to what is important – that my small contribution is helping to improve the lives of people across the world.’

2.5 billion
Number of children vaccinated by the Global Polio Eradication Initiative since 1988

2020
The year Nigeria, the last polio-endemic country in Africa, was certified polio-free

This article was first published in Student Accountant in September 2021