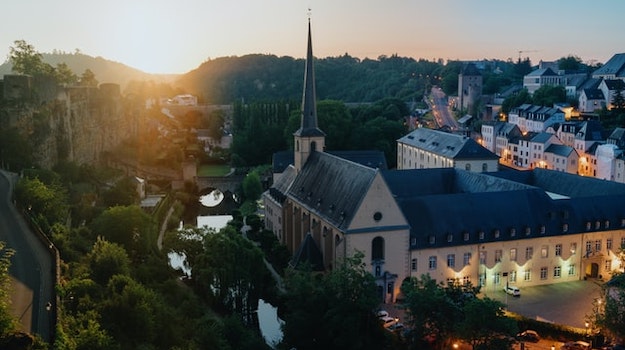 ACCA members and students work all over the world, in countries large and small — some smaller than others.

From its northern to its southern tip, Luxembourg is only around 100km long, which takes less than 1.5 hours to drive, while from east to west, only around half an hour.

But don’t be fooled, what this country bordered by Belgium, Germany and France in the middle of Europe might lack in size makes up for in many other ways. Not least of all it’s destination as an employment hotspot for finance professionals.

In the Global Financial Centers Index, Luxembourg ranks as having the fourth most competitive financial centre in Europe after London, Frankfurt and Zürich, while taking 17th place globally. The Grand Duchy's business-friendly environment and culture of confidentiality mean its traditional strengths lay in investment funds, banking, wealth management and insurance.

All the Big 4 (PwC, EY, KPMG and Deloitte) are present and fighting for the best talent by offering strong compensation packages — accountants and auditors in Luxembourg command some of the highest relative salaries in Europe, with only Switzerland paying more.

‘There is huge demand for accountants and always a shortage in Luxembourg,’ says Bettina Werner ACCA, director, Audit & Assurance at Deloitte Luxembourg. Particularly popular are people with a minimum of three-five years experience, especially if its in investment.

A quick search for jobs in Luxembourg on ACCA Careers pulls up 100s from the likes of EY, PwC, State Street, Credit Suisse, Northern Trust and alterDomus in tax, audit, fund accounting, payroll, business analysis, advisory and so on.

’As an external auditor, the size of the profession compared to Luxembourg’s overall business landscape really stands out. It’s not in many countries that Big 4s are some of the largest employers,’ says Oana Bentel FCCA, audit director at PwC Luxembourg.

And it’s not only about financial services, the country is becoming more dynamic, with rising levels of government investment and construction attracting entrepreneurs into the technology and digital spaces, as well as into space technology and data centres.

For Werner, who has lived in Luxembourg on and off since 2006, interspersed with stints in Namibia and Switzerland, the country’s true diversity is compelling. Luxembourg has a population of only a little over 630,000 people, with the city contributing 125,000. However, within this there are 160 nationalities, with foreigners making up 70% of the city’s population.

‘It’s actually so diverse that we don’t even know sometimes where people come from – that, for me, is diversity – we just see the strengths of a person,’ she says.

Bentel agrees: ‘There are people of many nationalities, which makes it very interesting when working in large teams and mixing all these different profiles.’

Diversity also extends to skills, being able to work in teams made up of different nationalities and cultures requires an open-mindedness. To this end, learning a language is highly recommended.

‘As much as it is a melting pot and English works well, to really get in touch with the country, its history and its people I strongly recommend taking some French, German (both official languages) or – even better – some Luxemburgish classes,’ says Werner, who’s peaks three languages fluently and frequently swaps between them at work.

Bentel has been in Luxembourg since 2007. ‘I was at the beginning of my career and looking for an international opportunity. Luxembourg was recommended as a good fit, as there were a lot of work opportunities with Big 4s at all levels and I speak French.’

And to live in?

Luxembourg is a haven for nature lovers.

‘For people who enjoy being outside, the place is ideal. No matter where you live, you have a forest that you can reach by foot or bike,’ says Bentel.

Hiking and cycling are very popular in Luxembourg, which has beautiful green rolling hills and lakes. If you get thirsty, locally brewed beer is a passion among those who live there, as is the country’s wine.

In the city, there is a lot going on, with a thriving restaurant scene with international cuisine befitting the diverse population, concerts and bars. Werner says that weekdays look like weekends, which wasn’t the case when she first arrived 15 years ago.

And if you want to get away for short break, it’s super easy. ’You don’t really feel boundaries,’ says Bentel. ‘A 30-minute drive in any direction, you’re in one of the neighbouring countries and with a one hour flight you can be in many capitals and different cities, which makes it ideal for weekend trips.’

While this all sounds very pleasant, there are a few words of caution to people thinking of moving to Luxembourg.

Firstly, the weather, which as Werner describes it consists of six months of mist. ‘A boss once said there were just 10 sunny days in Luxembourg a year and they always fall during the week.’

Tip — Always be prepared with raincoat and umbrella, you never know when it's going to rain.

And secondly, expensive housing. ‘The housing market is currently under pressure, therefore anticipation and patience is required to find accommodation that suits your needs,’ says Bentel.