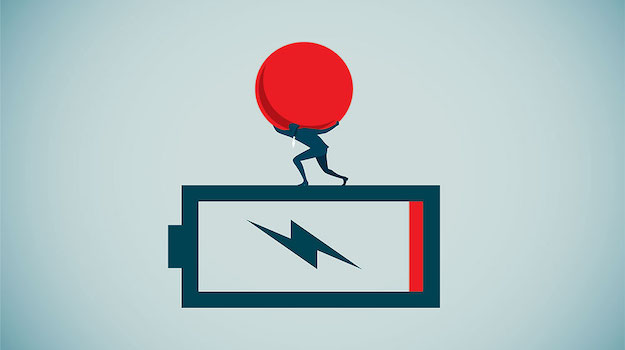 It is simply not possible to avoid making mistakes, getting rejected or suffering other failures and setbacks. However, psychological science tells us that there are practical methods for recovering from them more quickly. Here are five tips and techniques.

Allow yourself to get emotional

Humans are not robots. It is natural to experience emotions such as sadness, envy, depression and frustration when we experience setbacks. Research also suggests that to deny your emotional response may inhibit your subsequent performance.

Researchers led by Noelle Nelson at the University of Kansas have conducted experiments in which students were asked to focus on either their thoughts or feelings immediately after failing to win a competition. Some students were asked to write their objective thoughts about the task and outcome (for example, how things might have turned out differently, reasons they lost, etc). Other students wrote about their feelings and emotional responses (for example, what emotions they felt and how intensely they felt them).

Across their studies, Nelson and her colleagues observed that students who focused relatively more on thoughts than feelings immediately post-failure actually went on to perform worse on subsequent tasks. That may seem like a counter-intuitive finding. Why are emotions more beneficial than analysis?

The researchers found that failure caused most people to have thoughts that were far from rational. Their thoughts tended to be defensive in nature – designed to protect their self-esteem by producing justifications or blaming others, for instance. Their immediate thoughts after failure were not really rational and to do with learning from the situation so that they could do better in future.

When you experience a failure then, don’t try to force yourself to analyse the situation and how to do better immediately. Accept that it’s natural to feel emotional for at least a while. Wait until your emotional response has subsided somewhat before trying to figure out what to do next.

A mental technique known as positive reappraisal can help us to bounce back after failure. A recent study led by Florida State University educational psychologist Adam Hanley looked specifically at the psychological impact of academic failure in university students. The researchers found a significant link between the use of positive appraisal and students’ subsequent self-confidence. In other words, using positive appraisal helped students to recover more effectively after poor results in their studies.

Reappraisal does not require that you trick yourself into believing the answers to these sorts of questions. It is simply about allowing your rational mind to take control back from the more emotional parts of your mind so that you can move on more quickly from whatever setback you experienced.

Take a step back from the situation

It’s often important to look back on mistakes and failures to see what we can learn from them. Why did things go wrong?

However, a study led by Ethan Kross of Columbia University suggests that a simple mental technique can help us to review situations more effectively. The team of researchers asked undergraduate students to recall a personal experience they had in which they felt overwhelming anger and hostility – and then to focus on the reasons why they felt badly.

Half of the students were asked to review the event from a self-immersed point of view with the instructions to ‘go back to the time and place of the experience and relive the situation as if it were happening to you all over again’. The other half of the students reviewed the situation from a self-distanced perspective – ‘take a few steps back and move away from your experience’ and ‘watch the conflict unfold as if it were happening all over again to the distant you’.

Data collected during the experiment showed that the students who reviewed the situation from the self-distanced perspective felt measurably less angry and upset. So, if you need to reflect on a painful situation, remember to do so from a self-distanced point of view. Imagine the events unfolding and that you are watching yourself – perhaps imagine that you are sat in the audience within a theatre watching the scene on a stage. From this more distant perspective, you may be better able to reflect on why things turned out the way they did rather than simply relive the pain.

Focus on how to move forwards

Other people can often be a major source of stress when we get rejected or our relationships break down, for example. In these situations, there can be a temptation to wonder why things went wrong. However, a study conducted at the Institute of Psychiatry, part of King’s College London, found that spending a lot of time trying to work out why things went badly may not benefit our mental health.

Think about it this way: we cannot always know exactly why things went wrong. We are not able to see into other people’s minds to understand their true motivations; and we are not always aware of every single fact. It may not always be possible to work out the objective truth as to why things turned out badly.

Instead, it is often more productive to focus on how to move forwards. Given that a certain situation has arisen – we’ve failed at something, we got rejected, we felt mistreated, or whatever else – how should we behave next? How can we respond today and tomorrow and the day after that?

Being able to focus on what is actually happening to us – as opposed to worrying about future problems or dwelling on past mistakes – may also help us to feel less despondent after setbacks. This tendency is what is known as dispositional mindfulness. Researchers led by the University of Kentucky’s Ruth Baer have found that people who are more mindful tend to agree strongly with statements such as ‘in difficult situations, I can pause without immediately reacting’, ‘I’m good at finding words to describe my feelings’ and ‘I pay attention to whether my muscles are tense or relaxed’.

You can start to be more mindful right now by pausing to think about what is going on both within your body and around you. What sensations can you feel in your body – for example, can you feel your body moving as you breathe in and out? What can you hear around you right now? Are there noises from within the room where you are – or are there sounds emanating from outside?

Developing your mindfulness involves spending at least several minutes at a time focusing on things such as your internal sensations, your breathing, or the sights and sounds around you. For example, simply sit somewhere quiet for a few minutes concentrating your attention on the sensation of air entering and exiting your nose as you breathe in and out. When your thoughts wander, gently nudge your attention back to focusing on the feeling of air moving through your nose.

Written down, this kind of exercise may seem odd or trite. However, studies have shown multiple benefits from mindfulness. A recent research investigation led by the University of Pittsburgh’s Brian Galla found that students who had higher levels of mindfulness tended to show more academic diligence (ie they worked harder) in spite of feelings of boredom about their studies.

To understand more about mindfulness, read this earlier piece of mine from the ACCA archives on mindfulness. Or, to spend several minutes practising mindfulness, watch this video.

This article was first published in Student Accountant in December 2020