Busted: misconceptions about working in finance in the public sector 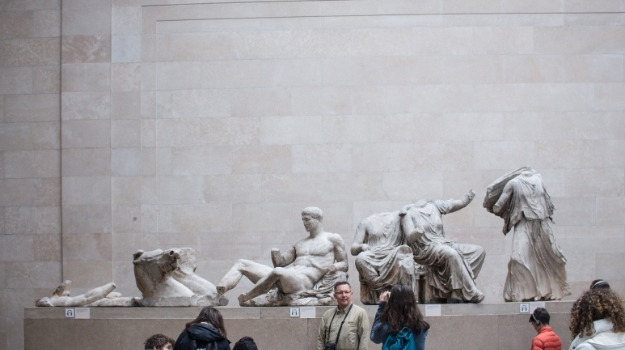 The budgets are big, the work is complex, and people ‘aspire to be bored’ - Experts discuss some of the common preconceptions candidates have about joining the public sector, and why they are wrong

When most people think of a finance role at a private firm, they imagine a state of the art City office on a vertiginous floor of a gleaming glass skyscraper, surrounded by a team of pinstriped suits who believe that if money doesn’t sleep, nor should you. Now think of a public sector job. Not quite as glamorous is it? Wrong.

Outdated misconceptions can hamper recruitment of finance professionals in the public sector, says forensic accountant Claire Jenkins, who joined the public sector from a private firm seven years ago. Many people still hold the view that public sector jobs are dull, grey, and embarrassingly behind the times. But this couldn’t be further than the truth.

“A common misconception is that we're sort of all creeping along on basic BBC computers from the 1980s, while everyone else has got the best tech,” she says. “Whereas we are actually quite forward looking. It's vibrant, swift moving, it's exciting, and there are lots of opportunities for cross collaborations.”

Nor are professionals forced to climb a mountain of bureaucracy to complete a simple task. There is plenty of room for creativity and it can be a very dynamic sector to work in, where ingenuity can make a demonstrable difference to public life. Jenkins is proud, for example, to have been involved in the first use of a new government imitative to combat fraud and error.

The COVID-19 pandemic has helped to show the world – including potential recruits – that the public sector is technologically on par with many private employers. Jenkins, who is chair of ACCA’s Public Sector Network Panel, has been able to work remotely for the last three years and was well prepared when the first lockdown hit in March. The number of regular remote workers swelled overnight from 50 to 1,000, she says, and they were provided with the tools to work comfortably from home.

That’s not the public sector a lot of people imagine, Jenkins says, but busting this particular myth is important for attracting fresh talent to public sector roles. She adds: “We're never going to fix a money problem, but if we can actually cut out the misconception that you're going to be walking into an office that's the equivalent of The Sweeney, we'll be a long way there.”

Gary Kent, commissioner of corporate services and chief financial officer for the City of Mississauga in Canada, is also frustrated with the belief that public sector roles don’t offer the same breadth, scope or complexity of work. “We aspire to be bored,” he says.

And while the pandemic has blown that theory out of the water, innovation was actually happening much earlier. In 2015, Kent says, the council was using 11 floors of the city hall, but with an increasingly agile workforce that amount of space was no longer needed. So it spent half a million dollars and turned the fifth floor into a Silicon-Valley-style flexible workspace, with staff splitting their time between office and home.

The pilot project was a success and the council now intends to scale that to the rest of the organisation. With employers in both the private and public sector embracing hybrid working as the norm once Covid restrictions lift, Kent and his team are well positioned to thrive in this ‘new normal’.

The work is extremely diverse too, Kent says. The city government employs between 6,000 and 7,000 staff, depending on the time of year, with 250 different lines of business – from operating buses and building roads to providing swimming lessons and working with not-for-profit corporations.

Anthony Harbinson, director of access to justice at Northern Ireland’s Department of Justice, echoes that view, claiming that a lot of highly paid professionals from private firms are attracted to the public sector because of the interesting nature of the projects they will be involved in – sometimes with billion pound budgets to play with.

Finally, some of the misconceptions work the other way. Harbinson says anyone joining from the private sector who thinks they may get an easy life in the public sector is in for a shock, particularly at a senior level. As you go up the chain, the workload increases due to accountability, oversight, and what's happening at the moment with the pandemic.

“Many of us have less work-life balance in the public sector than we would have in the private sector,” he says. “Most people would imagine it is the other way around, but as you go further up the tree that becomes much more difficult to achieve.”

The key is to ensure the message that the public sector has changed, is a dynamic place to work and can compete with private firms on many levels to candidates. Reputation helps to get an organisation’s story across, as does the website and any literature, says Kent. “Typically, we'll have a briefing document that tries to tell our story so they [candidates] can read that in advance,” he notes.

And while Jenkins admits job adverts are limited in telling the full story, there’s a role for finance professionals to spread the word, “actually making their voices heard and saying, ‘This is what we do, this is what's good about it.’”