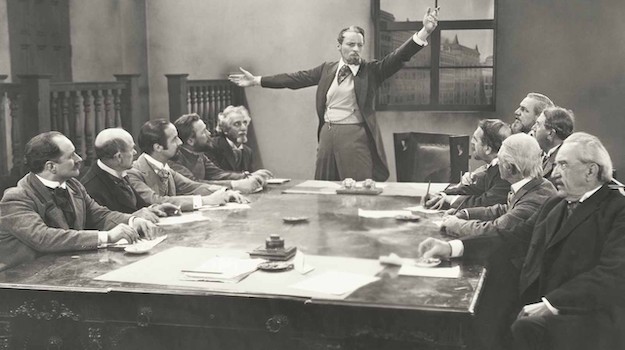 Once upon a time it was the senior partners of the largest accountancy firms who looked like the old-fashioned people of business. A lifetime ago Sir Henry Benson, chap in charge of what was then Coopers & Lybrand, was the one who wore striped spongebag trousers and a dark coat at work. He, along with all the senior partners, exuded old-world pre-war certainty of social status. But underneath the facade, of course, they were the sharpest of operators.

When Michael, now Lord, Heseltine, launched his upstart accountancy publication Accountancy Age just over half a century ago, the editor of the paper decided that the first issue should have an interview with Benson as its centrepiece. This was a startling new step. No one had ever interviewed the movers and the shakers of the accounting, tax and business advisory world before.

But Benson twigged. He gave permission to be interviewed. The nervous young editor sat down opposite him. He pulled out a list of questions and asked about the first of his chosen topics. Benson, though, went on the offensive. He reached out, plucked the questions from the editor’s hand, and taking each in turn reeled off his answers.

Benson might have looked like someone from an earlier business age. But he certainly didn’t behave like the cliché that the outside world may have thought he represented. So it seems extraordinary in our present time to see the roles reversed.

A politician such as Jacob Rees-Mogg stretches out languidly on the front benches in the House of Commons, his buttoned-up three-piece pinstripe tightly constraining him. He issues snide and sarky notes and places them around the empty offices of Whitehall saying how much he looks forward to seeing the staff back at the empty desks he alone surveys. The novelist Charles Dickens couldn’t have produced a finer satire on the buttoned-up characteristics of the Scrooge persona.

But the difference between the days of Benson and those of Rees-Mogg is that Benson was sharp. Rees-Mogg is not and is simply playing a role that gives him pleasure but achieves little. Style defeats substance.

The same extraordinary soap opera was played out the other day on the same topic. Lord Sugar, a computer tycoon from the early days of the industry and someone who has built his own television persona and takes, like Rees-Mogg, his image terribly seriously, started taking accounting firms to task about letting staff work from home.

In the television sitcom Fawlty Towers all those years ago there was a character who lurked in the hotel bar. He was known simply as ‘the Major’ and emerged every so often to rant about some outdated opinion from his younger days. John Cleese, as the harassed and incompetent hotel-owner, tried his best to evade the obvious old bore. The Major was seen as a nuisance but as an irrelevant one.

And oddly, it is these two strands that are being played out on the divide where politicians and business people currently make contact. Sugar was furious with the accounting firm PwC for suggesting to its staff that they could take Friday afternoons off if they felt their work was done.

‘This is a bloody joke,’ fulminated Sugar as he took to the social media airwaves. ‘The lazy gits make me sick. Call me old-fashioned but all this work from home BS is a total joke.’

Like Rees-Mogg or the Major in Fawlty Towers, Sugar doesn’t see the irony. Benson would have. The firm he ran, Coopers & Lybrand, was an ancestor firm of PwC – the ‘C’ in PwC stands for Coopers. And he would have applauded the ordinary folk of the firm who took to social media and described Sugar’s words as ‘at best childish and misunderstood’.

This may be social media knockabout, but there is a serious point at its heart. It is a clash between the elderly of mind, with their insistence on using a battering ram of myths from the past, against people who, amazingly in the view of the Rees-Moggs and Sugars, just want to get work done, simply and effectively.

It is quite extraordinary how deluded some people have become. They live off the old myths still. We had another example in recent days when the chair of Aviva had to interrupt proceedings at the insurance giant’s annual general meeting. The reason had nothing to do with business models or investment returns, or even opaque accounting policies. Investors had started asking Aviva’s female chief executive, Amanda Blanc, about whether she should be wearing trousers, while another told her she was not the man for the job.

It is the same repetitive mantra from the past. It is the entitlement exhibited by the elderly of mind. And it is rotting away the ability to run organisations and businesses effectively. If Rees-Mogg was a Benson, he would be embracing change rather than being fearful of it.