Before you say ‘yes’ 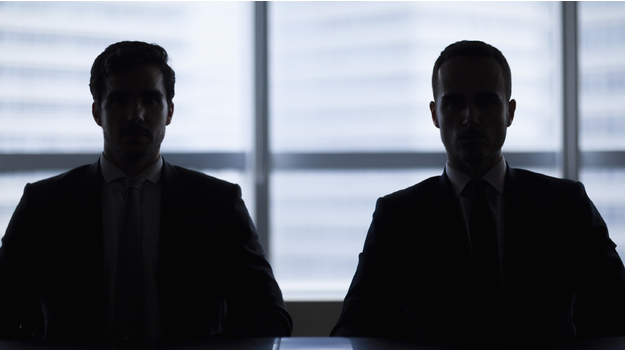 Have you ever left an interview with a niggling feeling that something isn’t quite right? It might have been the interviewer’s demeanour, something they said or what they didn’t say.

Whatever the cue, you shouldn’t ignore these potential red flags. They could mean that the company and the job are not right for you after all.

But what exactly should you keep an eye out for?

Here are eight job interview warning signs. Of course, one or two of these aren’t necessarily cause for concern, but more than a couple should set alarm bells ringing straightaway.

(1) The interviewer keeps you waiting

‘Most interviews are scheduled well in advance, and hiring managers should be there before you arrive,’ says Sinead Bunting, vice president at Monster Recruitment.

It’s perfectly understandable if the interviewer is tied up in another meeting and arrives a few minutes late to fetch you from the lobby. But anything beyond that suggests they don’t value your time.

‘If your interviewer is very late and doesn’t apologise or offer an explanation, this could be a sign of how they act day-to-day,’ says Bunting. Would you really want to work at a company where this sort of disrespectful behaviour is acceptable?

‘It’s normal for the interviewer to ask that you recap on the experience detailed in your CV. However they should already have a broad understanding of who you are and why you are applying for the role,’ says Lee Owen, senior business director at Hays Accountancy & Finance. ‘This way, they will ask just the right questions to determine if you are a good fit for the role.’

It’s not a deal breaker if it becomes clear they haven’t spent much time perusing your CV. You can actually turn this to your advantage and highlight those details that make you the perfect candidate. But if they don’t ask you any probing questions after that, it could be a sign that you are not being seriously considered for the job.

If they do ask questions but pay little attention to your answers, you should ask yourself why. It could be that they aren’t particularly interested in how well you can do the job. In this case, what are the chances that they will want to hire you? The job may already be taken and they could simply be going through the motions because someone else forgot to cancel the interview.

Is the interviewer checking their emails during the interview? Bunting says: ‘Of course, they may be super busy and have a million things going on, but that doesn’t mean they should be scrolling through their phone when they are meant to be assessing whether you are right for their company. If they are not paying attention there and then, chances are they won’t be all ears if you become an employee.’

(4) They are vague about the role

‘If you can’t get a clear picture of what you would be doing, who you would report to and what salary and benefits you can expect, this should be cause for concern,’ says Owen.

Your interviewer should be able to explain the responsibilities of the role and how success will be measured and rewarded. If they can’t, perhaps they haven’t got a clear understanding of the position they are trying to fill. And, if so, how can you decide if the role is right for you?

Greg Thorpe, managing director of finance and accountancy recruitment agency Howett Thorpe, suggests that you also ask them what skills the ideal candidate for the position should have. ‘Their answer will quickly tell you whether your skills match up to what they’re looking for or whether you should move on to find a better fit.’

(5) There’s no mention of career progression

You will also want to find out how this position would fit in with your short- and long-term career goals, so ask about prospects for career development and progression.

Owen points out that you should ask this because you really need to know, but also because the answer to this question can give you an insight into the company you are applying for.

‘If the interviewer tries to avoid answering this question or is unable to come up with recent, solid examples of how others have progressed within the company, the opportunity may not be worth considering,’ he says.

(6) You get a bad feeling about the company’s culture

Ask the interviewer what they like most about working for the company.

‘If their answer focuses mostly on company finances, completing workload and hierarchy, it may be that employee satisfaction and happiness are not a priority,’ says Thorpe.

In fact, listen out for what isn’t being said. ‘If they don’t mention employee wellbeing at all, it’s definitely worth considering if this is a pleasant company to work for,’ says Thorpe.

You can gauge the company’s culture before your interview, as soon as you step foot in the building. Owen says: ’Try to imagine yourself working there. Do people you first come across look happy at work? Do they acknowledge you and try to make you feel welcome?’

Also ask to meet your potential future team members and line manager. ‘Meeting other employees should be a standard part of an interview process, so be weary if the interviewer is not open to introducing co-workers,’ warns Thorpe.

(7) You discover the company has a high turnover rate

It may be worth asking what the last person who held the role is doing now, and how long they had held it.

If they say the role became available because that person had been promoted within the company, that’s good news. But if you find out they were in the role for six months and left for ‘personal reasons’, this could suggest they left because they were unhappy at work.

This is not a warning sign in itself unless you find out that other employees within the company don’t stick it out either.

Bunting says: ‘These days you are unlikely to find a company where all employees are lifelong veterans married to their positions. But if the majority of your potential co-workers are all relatively new, it may be a sign of widespread discontent.’

Beware of any questions that delve too far into your personal life, says Miranda Gregory, managing partner at GPS Return, a recruitment agency that helps parents return to work after a career break.

Gregory points out that some interviewers aren’t asking inappropriate questions on purpose and that they are using them as ice-breakers. Nevertheless, these types of questions, as well as questions about religion, sexuality and illness or disability, could suggest that you are dealing with a discriminatory employer.