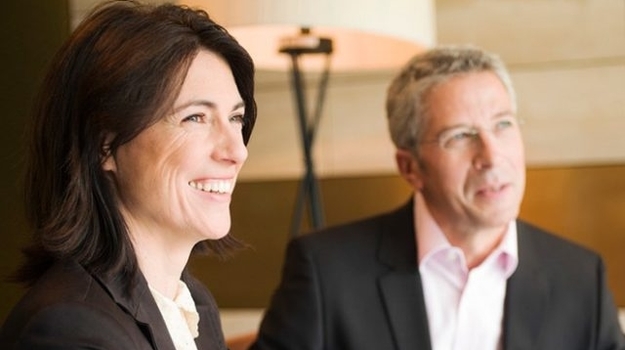 Can you tell us a bit about your career, and how you got to where you are today?

I’m an accountant by profession and I qualified over 30 years ago. After university I did auditing and accounting work in East Africa and after qualifying at Emile Woolf College in London in 1982, I worked in the UK with the then Department of Trade and Industry (DTI), first in companies’ winding-up and later in companies’ investigation.

In 1990, following the coming into force of the  Financial Services Act, I joined what was then the Investment Management Regulatory Organisation Limited (a self–regulatory body which was later absorbed into the Financial Services Authority), and worked first  in investigations, and then in compliance. I have been involved in financial services regulation for over 20 years.

About 18 years ago, an opportunity came up in Uganda, where they were establishing a capital market, and I was appointed as the first CEO to spearhead the establishment of the Capital Markets Authority, the regulator of the stock exchange, stockbrokers, fund managers, and so on. I did this job for 16 years until I retired at the end of 2013. So really, for a very large part of my career, I have been in financial services regulation.

How did you become a non-executive director?

In my experience, it is through contacts.  I chair the board of Stanbic Banking Uganda Limited, the largest bank in Uganda and a subsidiary of Standard Bank of South Africa, and I joined as chair on the basis of recommendations.

I was actually first approached by the Group when I was the CEO of the Capital Markets Authority, but we agreed at that time that there was a conflict of interest between being on the board of a listed company while also regulating financial services. When I retired from that position, I was appointed to the board of Stanbic Bank, as chair. That is fairly unusual -usually one would become a board member first before becoming the chair - but the bank board felt that I was capable, for which I was extremely grateful.

I also sit on the board of East African Breweries Limited, a subsidiary of Diageo plc, for which again I was approached immediately after retiring from the Capital Markets Authority.  The approach was also made on the basis of recommendations, I believe through my broader network of accountants who audit these organisations.

So essentially, people are approached.  It’s also how I now look for board members to join the boards on which I sit. If a board is looking specifically for an accountant, say, to help on the audit committee, then they may start by talking to CFOs of the larger companies and audit firms, particularly the Big Four, collecting recommendations and contacts.

I am not saying that this is the ideal system. Indeed, it has been criticised because many talented and capable accountants may not have these contacts; may not go to the golf club or similar networking events, usually social. This tradition particularly disadvantages female candidates. However, it does show the benefits of being active in the accountancy field, and becoming a well-known name in the profession. I have no doubt that my involvement in IFAC and ACCA have been a big advantage in my career.

What do you enjoy most about the role of non-executive director?

Being on a great board, with a good executive team, can be a very satisfying experience.  You are working with a group of experts who have a diverse mixture of skills.  On one of the boards I sit, I’m working and interacting with experts in IT, banking, auditing and people who are actually running businesses. On the IFAC board I interacted with high-profile professionals from different parts of the world. The same applies on the ACCA Council.

It is also a great opportunity for one to expand one’s knowledge and network, and learn some new things!  For instance, my only experience of breweries was from drinking beer as a young man and now I know the intricacies of the industry.

The decision-making process at board meetings can also be challenging, but rewarding. The board makes important and tough decisions and trying to reach a consensus as chairman is a skill in its own right. However, the debates and interaction with fellow board members are very rewarding.

It is a great honour and a privilege to serve on boards. You’re gaining so much, interacting with people, learning, being exposed to different places and so on, but also it is a very big challenge, a big commitment.

What are some of the challenges that you have faced?

There are a lot of challenges that boards and board members face, but let me talk about a few in particular.

The first is regulation. As explained earlier, I’ve been in regulation for a long time, and it seems I can’t run away from it!  If you are on a board of a very heavily regulated institution, say a bank, there are many challenges.  First of all, you go through a very thorough process of vetting.  The board itself that is nominating you will have to do checks around integrity, conflict of interest and so on.

In the case of Stanbic Bank, the checks were done by the South African holding company and the South African Reserve Bank - the central bank. Both need to be comfortable with the person sitting on the board of a subsidiary of a South African company. Then the central Bank of Uganda conducted its own, fit and proper, tests. As if that was not enough, the Capital Markets Authority and the Stock Exchange also had to be comfortable because Stanbic is a listed company. This process can take a long time.

The third challenge is that of the time and resources that you will need to devote to your responsibility as a board member. In fact, one of the criteria that we look at in the initial discussion with potential board members is whether they will be able to devote the time required for board matters, including board committees. We want to know how many other boards they are on. Interestingly, capital markets corporate governance regulations in the region limit the number of boards of listed companies one can sit on. For example, the recent regulations issued in Kenya limit the number to three.

There is also a challenge of expectation.  As a board member, you need to be well prepared for a mismatch of expectation between what you want to do on the board, and what you are expected to do. For instance, you should not go onto a board expecting to fight a particular cause – because once you sit on that board, your cause becomes what is in the best interests of the company.

You should also be clear on the issue of remuneration before you sit on a board – some people think that board membership is a way of earning a living, when in fact it is more of an additional commitment and responsibility.

If you’re looking for a non-executive board position for the money, my advice is that there are many less risky jobs that you can do for the same remuneration! Being on a board carries a lot of responsibility and risk, especially in regulated entities. If you’re on the board of a bank, you can be held personally liable for decisions that you take if they result in depositors losing their money. Of course, there is also the reputational risk.

What does a non-executive director bring to an organisation? What are the qualities that people look for?

And it is very, very important for one to realise that, because otherwise you can get on the board and totally frustrate the executives who are there to do their job.

It also helps if you have specialised skills and competencies that the company is looking for, be they contacts and networks or experience in a particular area, for example finance or risk management. Sometimes a board wants to rebalance its gender or age profile.

Do you have any advice for ACCA members who would like to become non-executive directors?

If you want to become a non-executive director, either in listed companies or banks, or even a not-for-profit or trustee, you have to find a way of getting yourself known professionally.  I don’t mean that you necessarily need to join a social club, but you must do things that will make people aware of your existence and of your skills. There are a lot of people out there who are very skilled but are not well known.

I started by sitting on not-for-profit boards including IFAC and Junior Achievement, which is in the education sector.  Participation in networking events, panels, professional organisations or discussion groups is also a good way to begin forming networks, and so is writing or commentating for the media - perhaps a newspaper, TV or radio station or a professional journal. All the aforementioned will help to raise your profile.

Essentially, you don’t need to advertise yourself, but if you are contributing to your profession and participating in conferences and discussion groups, you may catch the eye of those who are looking for board members.

This article is part of ACCA's NED and trustee advice series

ACCA accountants have a key role to play as NEDs and trustees across all sectors - public, private and voluntary - as they can contribute hugely to ensuring viability and good stewardship of assets. The ACCA Professional Insights team has developed this series of articles to help ACCA members become NEDs or trustees in what can be a challenging process. So whether you are a senior manager looking to further your career or are considering giving something back, our series of articles will give you the advice you need to help you find your feet .

If you found this article interesting please read some of the others in our series:

Or watch the videos in our series:

If you are interested in finding an NED or trustee role why not start by searching ACCA Careers Job Board for relevant positions.