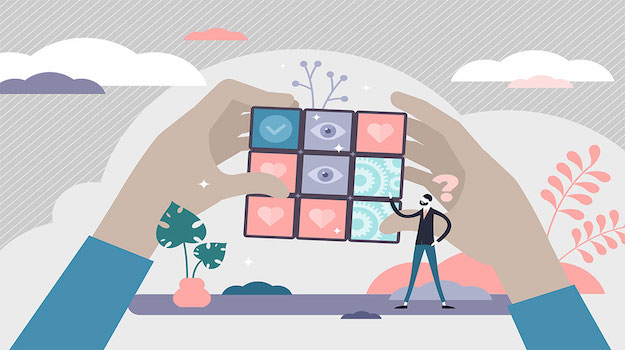 ‘Why do you want to leave your current job?’

This is a question that invites unwary candidates to whinge about their current circumstances and expose themselves as negative people. Avoid speaking about the negative aspects that are driving you away from one job. Instead, try to focus on the positive aspects attracting you towards the new job.

For instance, a candidate might say something like, ‘I really like the people where I work so I’ll be sad to leave. But there are several things about the job that you are offering that are really interesting. Your company is larger so provides more room for growth and development. In addition, your company has offices in more parts of the country, which should make the work more interesting for me.’

‘What is your current supervisor’s biggest failing?’

This is another example of a question that encourages unsuspecting candidates to speak negatively. Even if you believe that your current supervisor has several major failings, avoid bringing them up.

Instead, deal with this question by speaking only about positive traits that you genuinely believe your current supervisor possesses; then give an example of some task or project you completed that demonstrates a strength of yours.

A candidate might say something like, ‘I don’t think it would be fair to say that my supervisor has any failings. He is determined and I think he takes a lot of pride in encouraging us to perform at our very best. He was the one who suggested that I should take further qualifications, which is helping me to broaden my horizons and make me a more valuable contributor in the workplace.’

An alternative strategy would be to move on to praising something that appeals to you about the job for which you are being interviewed. An example of this kind of response would be, ‘My supervisor has no failings. He is kind, supportive and has never spoken aggressively to anyone. But your company is in the technology sector, which I find so dynamic and exciting.’

‘Can you tell me about this gap in your employment history?’

The gap on your CV may be because you were made redundant or were fired. Perhaps you took time off to raise a child or recover from an illness. The longer the gap, the more likely it is that employers may worry that your motivation or skills may not be as strong as they could be.

If you were unfortunately fired from your job, it is very important that you talk only briefly about the circumstances of your firing – in only a sentence or two. Talking at length about the details of any conflict or disagreement with your former manager could raise doubts in the mind of the interviewer about your employability.

Whatever the circumstances of the gap in your employment history, prepare a short statement to explain concisely what happened – and then move the conversation on to the ways in which you are now ready for work. Alternatively, move on to talk about positive aspects of the job on offer to which you are drawn.

For example, someone who was fired might say, ‘I had serious concerns about some of the sales practices within my department which led to disagreements and my eventual parting from the company. However, you can check with my other, previous line managers who would all say that I am a strong team player. In any case, I am excited by the job with you as I have read several articles about your customer services practices, which make this organisation sound like a very positive place in which to work.’

Yet another option would be to speak about how you kept your skills and knowledge updated while you were away. An example of this approach to answering the question would be: ‘I spent two months looking after a family member who was recovering from a serious illness. But I also had time to do some reading on politics and economics so I feel I have a much broader understanding of factors that can affect companies and the kind of work that we do.’

‘How would you respond if I told you right now that you’re not making much of an impression?’

This question is occasionally used in an attempt to unsettle candidates and test the extent to which they can respond to pressure and think on their feet. The question may reveal that the interviewer is comfortable with being very direct and forceful, which is something that you may wish to bear in mind if the interviewer would end up being your direct supervisor.

Ideally, you should prepare adequately well before any interview to ensure that an interviewer never feels the need to ask this question. Write out your answers to likely questions and then rehearse saying them out loud until you can remember the main points you wish to get across in response to each question. In addition, record video of yourself speaking so that you can see to what extent you come across as professional, confident and interesting. Consider also asking a friend in a similar line of work to take you through a mock interview. Keep re-writing your answers and rehearsing your answers until you are sure that you can make a strong impression.

However, if you are asked this question, it may indicate that you are coming across as quiet or nervous. Use it as a reminder that you may need to convey more determination, confidence and enthusiasm. So, use your body language – for example, more gestures, facial expressions and eye contact – as well as inflection and changes of volume in your voice to make the stronger impression that is required.

‘Why should we hire you?’

This is a question that encourages candidates to promote themselves by talking very directly about their strengths. However, most candidates will end up sounding either unfocused or arrogant.

Consider the following, typical example answer: ‘I am a hard-working, motivated professional. I have strong interpersonal skills with solid commercial experience and an ability to deal with a wide range of customers.’ The problem with this kind of response is that it can merely sound like an empty boast.

Instead, the better way to answer the question is to use evidence to back up your claims, for instance: ‘In my last performance appraisal, my manager rated me as excellent, which means that he put me in the top 25% of the team in terms of work performance and motivation. Several colleagues have told me that I have strong interpersonal skills. I also have solid commercial experience, for example having identified a way to reduce our team’s operating costs by 3.8% in the last year. I also have an ability to deal with a wide range of customers – I look after customers ranging from an older gentleman in his sixties running a family firm to highly professionalised large corporates.’

Telling an interviewer about things that your supervisor, colleagues or customers have said about you is a much better – less arrogant-sounding – way to promote your strengths. In addition, using any facts and figures about revenue growth, efficiencies and savings makes your claims sound much more believable.

By Dr Rob Yeung, chartered psychologist and coach at consulting firm Talentspace and can be found on Twitter