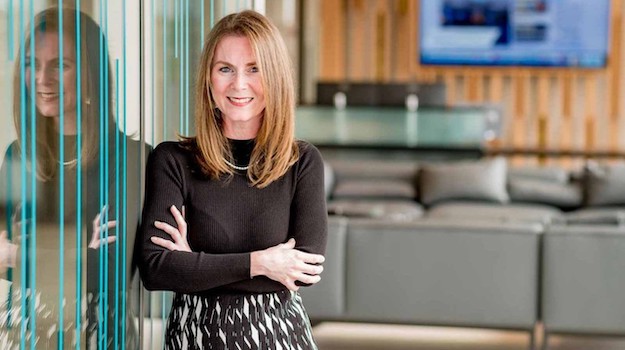 Siobhan Blackwell FCCA regularly heads to remote and inhospitable parts of the world to climb a big mountain, having already scaled three of the 'Big Seven' and undertaken several expeditions in the Himalaya and Andes.

Excursions often involve precisely planned trains, planes, buses and rental cars to base camps, before climbing ice and snow to reach summits thousands of metres above sea level, then heading back down in time to catch a flight home to her ground-level routines of school runs and team meetings.

But if you’re passionate, as Blackwell is about her career, family, training and climbing, then this is the shape life takes.

‘I get a huge rush every time I reach a summit. It’s exhilarating; it's even quite addictive,’ says the vice president in trading business management at corporate and investment bank TD Securities. ‘It brings total immersion into some of the most remote and beautiful parts of the world. You’re in a little bubble and there are moments on climbs where you literally feel like the only person in the world. You're surrounded by complete stillness, a beautiful landscape towering over you – no cars, nothing. It’s a really sacred experience.’

‘Pushing for a summit is often a miserable experience. It's the middle of the night, it’s 20 below zero, I'm exhausted, I'm trying to manage this lifeline of equipment and I'm usually dealing with altitude sickness. Then there's this little moment when I ask myself: “What am I doing?”. But then I look back down to see the little lights at base camp way off in the distance and I realise how far I’ve come. So I say to myself: “Let's try 10 more steps, and if that feels okay, do 10 more”.

Blackwell found herself applying this strategy during the Trinity Business School MBA she began in 2019 at the same time that Toronto-headquartered TD Securities’ Dublin office was going live. ‘No matter how tired and emotional you might feel, you just need to dig deep for that final stretch, and the sense of accomplishment at the end makes it all worthwhile.’

Blackwell’s route to finance came about ‘almost by accident’. She finished school intending to do an undergraduate course in computer science because it was 'popular with friends’. To save money for a pre-university summer holiday, she took a job in the accounts department at the Irish Nationwide Building Society.

‘I enjoyed my summer there so much that when the college places came out, I made the bold decision to turn down the computer science course and instead pursue a degree in accounting and finance at Dublin Business School,’ she recalls.

The programme’s honours degree meant she had only six ACCA papers to complete, all of which she passed at her first sitting, coming third in Ireland in one of her final papers. ‘I got a really great career out of it,’ she says. ‘It's definitely one of the best decisions I’ve ever made. I didn't know where my career or personal interests or travel goals would take me, so ACCA’s globally recognised brand was simply the biggest selling point.’

Out of university, Blackwell spent a few years at building society EBS in Dublin, which she credits for its strong support while studying ACCA. ‘I've been lucky to work for good people throughout my career, but EBS was a great starting point,’ she says.

After a stint at Bank of America in Dublin, she wanted more international banking experience and joined Bank of Montreal Europe, holding various management roles over 13 years and leaving as head of financial control.

Blackwell's move to TD Securities was, she says, a ‘refreshing career change’, as for the first time she wasn’t working in a finance role.

‘They needed a business manager to help set up their global markets business, which was really exciting – a rare opportunity to get in at the grassroots of an organisation and work front and centre with the business,’ she says. ‘The experience I've gained in that relatively short period of time is invaluable.’

The company launching a European business hub in Dublin is an ‘incredible story’, centred around the fact that each desk began trading at the height of the pandemic and many staff were relatively new to the organisation.

Yet they managed to align towards a common goal and launch the business working from 'kitchens and living rooms'. ‘It's mindblowing and there's no job in the world that could have afforded any of us that kind of experience,' Blackwell says. 'I don't believe for a second the outcome could have been achieved without TD Securities’ foundation of a strong, collaborative, values-based culture.’

Amid all this, Blackwell also completed the highly ranked Trinity executive MBA in 2021, achieving Student of the Year in her graduating class. ‘The MBA programme really built my self-confidence and taught me a lot in building and nourishing my network, which I believe has a value in its own right,' she says. 'People tend to focus on their external networks; personally I think it's more important to invest time and energy building relationships internally.’

2021: MBA with distinction, Student of the Year, Trinity College Dublin

So the climber is not afraid of a new challenge, to say the least, though perhaps a surprisingly big one was not an alpine ascent, but something closer to home.

When Blackwell's two children were very young, their father worked abroad. Then, when they were older, the time felt right to focus on her career and she moved to TD Securities while simultaneously studying for an MBA. The decision worked for her family, yet she became aware that the domestic arrangements were drawing unsolicited commentary from others.

‘I knew it would be long hours. I knew I’d be away from home quite a bit. But I was like, “Gosh, why is it that when Dad wants to build a career, it's a decision, but when it's Mum's turn, it's a discussion?”

‘Working mothers face a lot of questions, particularly from their inner circles, about the impact their career-related decisions will have on the household. As a result, we tend to overcompensate by doing more than our fair share at home, while also juggling meaningful careers. From my experience, Dads don't endure the same level of questioning and judgment when it comes to furthering their careers, so by default they aren't burdened by the same volume of guilt.'

This difference, she feels, ‘lays bare an ongoing social injustice that transcends women's confidence, stifling our ability to make our own decisions, let alone turn our dreams into reality’.

Here again, climbing serves as a positive metaphor. It's first and foremost a hobby that she is passionate about but it also serves to symbolise working mothers doing something completely outside the expected norm. 'I shouldn't have to rationalise my personal interests to others but, alas, fathers wouldn’t have half the conversations that I do when going off to do a climb!' she says.

‘I think people, and perhaps women more so, find confrontation difficult. It's something I certainly struggled with in the past, but  when I started to face these conversations head on, I really surprised myself. My confidence built really quickly and I got great results.

'What it really takes is ignoring the commentators and not taking to heart what other people think. This is easier said than done, but success is sweeter at the end because you've had to overcome so much more to get there.'

This article was first published in AB magazine October 2022